Vetta is a US-based company which manufactures speedometers, heart-rate monitors and other bike peripherals. Unlike Polar and the like, which are more renowned among runners and biking enthusiasts, Vetta only reached Singapore shores early this year. Our review team had the privilege of evaluating the RT88 Cordless speedometer.
First impressions and setting up

Despite the amount of items they had packed inside the box, the Vetta RT88?s package came in a rather compact package. The main unit measured 45x 49mm and uses a CR2032 battery which can be easily obtainable from any watch shop. However, the reviewer is not too sure about the availability of the battery for the sensor (A23-12V unit), so it might pose a problem in terms of replacement batteries. There is a total of 14 parts in the box, so care has to be taken to ensure that the parts do not go missing. However, Vetta?s care for details can be seen with the supply of 2 bracket pads for use on either straight or riser handlebars.

Instructions for setting up the sensor unit was found on a separate piece of paper from the main manual. We appreciated that consideration, possibly after studies of consumer behaviour. However, being a lazy person, the reviewer skipped the instructions, and went on ahead with the setup. Admittedly it was not easy for the reviewer to determine the direction to mount the wireless mount, so he made the (silly) mistake of installing the mount upside down on the first run. The sensor was quite easy to set up. However, the magnet that was supplied could only be fitted on a normal 14/ 15G rounded spoke; the reviewer had to use his own magnet for wheels using bladed spokes. The spacer for alignment to the sensor unit was a very thoughtful touch for ease of setting up the speedometer.

The Vetta RT88 has functions which were typical of those of most speedometers. However, one special function that we found interesting and pretty useful was the Service Timer function. In setting up the main unit, one can actually input a value as to when a spanner icon will flash. This is in terms of ride hours, but the reviewer thinks that a mileage-based service timer will reflect more accurately on the extent of usage of the bike.

The manufacturer claims that the RT88 has an auto start-stop function. However, when we tried to cycle without touching the head unit, the speed did not show on the display. This problem was confirmed by another rider who was also unable to see the speed showing up on the head unit.

The RT88 performed very well in terms of resistance against signal interference. We rode the unit to one of the junctions after Novena (Gentle Road) where our normal units would normally receive large amounts of interference which then causes our displays to show zero reading. It was good to see that the Vetta RT88 had very low signal interference.

The Vetta RT88 certainly did impress us in a few areas, such as:

– good and extensive market research to incorporate certain features and individual parts (e.g. a mount for riser bar, and a sensor alignment cap for magnet).

– Interference is negligible compared to other units we have used before.

– Service timer is a nice touch for riders who trash their bike but have no idea of the mileage or time for maintenance.

However, there are areas which remain to be improved:

– The A23 battery in the speed sensor is a sore point as it is not readily available, neither in normal convenience stores nor petrol stations. A replacement battery costs 4-5 dollars, which is expensive compared to a CR2032 battery. To add on, 12V on a sensor unit was simply an overkill to use on a normal sensor, even though it is stated that it would last 120hours of riding.

– Installation without an in-depth reading of the instructions is somewhat possible, but it can be a little difficult.

– The handlebar mount of the speedometer can prove to be a little difficult in getting the orientation correct. I made the mistake of installing it upside down on the first try (so much for lazy people like me who refuse to read instructions before installation, and so much for the manual stating that only qualified personnel should install the unit). An ?up? arrow molded into the mount would make this product a little more dummy-proof for installation.

– A magnet for bladed spokes would be much appreciated.

– Buttons look rather flimsy, a view which fellow reviewers shared, and there have been cases where the buttons dropped off. Thus, construction has to be improved. 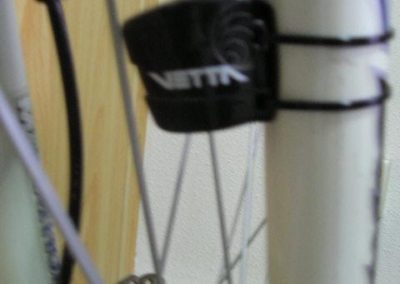 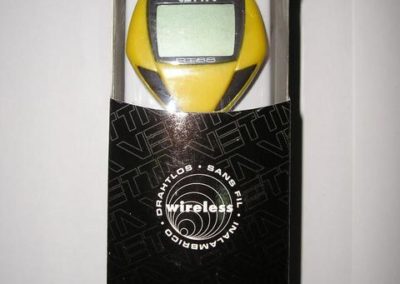 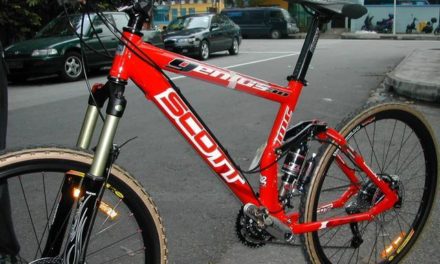 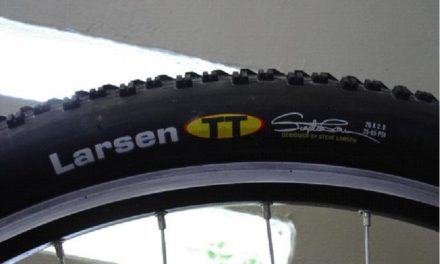