Schindelhauer Bikes is available at The Urban Bike.

White and Light as a Feather

When the topic of “German technology” is brought up, the first thing that immediately comes to mind for most is probably automobiles. Porsche, Mercedes, BMW, Audi. Perhaps military equipment and tanks like the Panzer for others. Bicycles are nowhere to be seen in the picture. Wrecking your brains, you might be able to come out with brands such as Cube and Focus, and the conversation quickly flatlines.

Schindelhauer Bikes is the brainchild of Jörg Schindelhauer, a bike craftsman located in Madeburg, Germany. Looking at their bikes, the first thing that hits you hard is their minimalistic design. I recently had the good fortune of testing out the Viktor, Schindelhauer’s Red Dot Design Award-winning piece.

Looking at probably the whitest bike I’ve ever seen, the sleek, simple and fuss free design immediately makes sense. No flashy branding, no cumbersome suspension, no seat clamp and no chain. Yup, you heard right. No Chain.

When Bridgestone introduced the belt-driven bicycle in the early 80’s, it didn’t quite take off. There were several reasons for this including slipping and alignments problems that surfaced. In the many years that followed, albeit being unpopular, much developments have been made to this alternative system. Fast forward 30 years, Schindelhauer introduces its range of belt-driven beauties.

Focused on simplicity and recognising the needs of the commuters, the German bike maker gives birth to the Viktor, an aluminium singlespeed/flip-flop hub concept now made available to the public. The traditional track-inspired geometry and clean lines make for an instant hit. Upon closer inspection, it becomes evident that this bike not only looks good, but much thought has been put to incorporate the finer details of functionality in its design.

Starting at the bottom, Alexrims wheels are cleverly coloured in a special white they affectionately call Edelweiss. Similarly, the Kalloy seatpost, Tange headset, Velo saddle and Tektro brake callipers all sport the same disguise taking cue from the frame’s signature hue. What truly is a neat design is the integrated handlebar-stem construction, smooth welded to produce a seamless joint. Another integrated element is the seat clamp, which does away with the traditional ‘ring’ being exposed which would be almost obscene on this thing so pure, obviously.

The highlight however, is clearly the belt-drive, complimented with a Shimano Alfine crank. The Gates (same company that make belts for Harley-Davidsons) Carbon-Drive belt is well built and said to last for 20,000km, compared to the conventional chain, which lasts 5000km on average. That said, chains cost around $50 to replace whereas a replacement belt will set you back at $200. I know you’re doing the math in your head now, and yes, it works out to cost about the same. “So what’s the difference,” you might ask. Well here’s where it gets interesting. The belts don’t require a drop of lubrication and is virtually maintenance free. So even though it might not save you much money, it will most certainly save you the chore of maintenance and the hassle of cleaning up. Still, the reality is that the traditional chain can be found at any old bicycle shop.

Once in the saddle, it is clear that the frame was built with comfort in mind, despite the aggressive stance complete with a subtle rear wheel cut-out. Each paddle stroke is quiet enough to be able to hear the drop of a pin.

The semi-slick 23mm Schwalbe Durano rubbers keep rolling resistance minimal and the ride smooth and silent throughout. The gear-ratio is 60 front and 22 rear, which translates roughly into 46 teeth front and 17 rear in traditional terms. This comfortably brings the bike up to speed while commuting on the road and the 8.2kg package also makes climbing relatively effortless. Toe straps on the Wellgo pedals also aid in pedalling efficiency.

They say beauty is in the eye of the beholder, in this case the rider. Also the pedestrian, the motorcyclist and the cab driver. Be prepared for glances and stares from over shoulders especially at red lights, as the colour-coded design is easily appreciated.

The aluminium frame is nice and stiff keeping flex at a minimal. Thus, those looking for a plush ride might have a problem here. However, those up for it will be rewarded with a thrilling ride.

Designed well enough for commuting and boasting enough street-cred to hang out with fixies, the Viktor is a versatile option. Flipping the hubs to fixed involves the adjustment of a pair of integrated bolts on each side on the track drop-outs, which might take a bit of getting used to.

Belt tension is kept consistently taut thanks to Schindelhauer’s patent pending ‘crocodile clamping’ system. A size 17 open jaw wrench and an Allen key are needed for this.

The Viktor encompasses fuss-free simplicity with no compromise on performance. Coupled with a sexy outlook and sensible design, it is hard not to fall in love with this bike. I for one have a bit of a love/hate relationship with all this advancements and modern technological mumbo jumbo of today, but this ride is in quite a league of its own. They say that a smile is priceless, and if it brings a grin to your face, then perhaps you can look past its hefty price tag.

If your reason for not bike-commuting to work was because of the humble bicycle’s lack of style, sorry but I’m afraid you now have to think of another excuse. 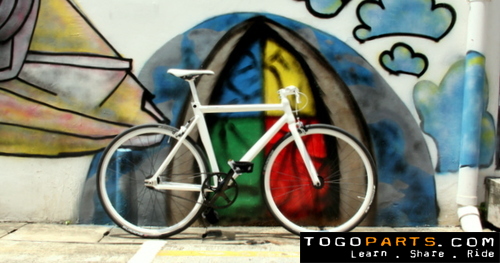 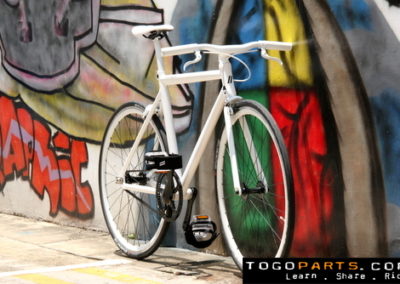 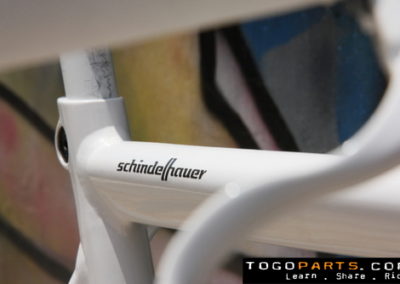 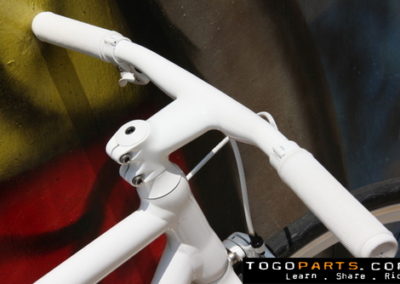 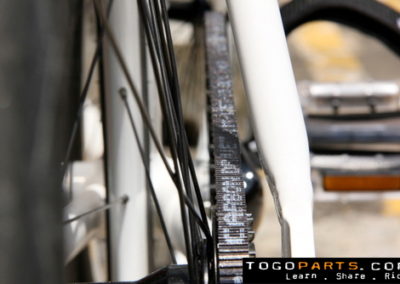 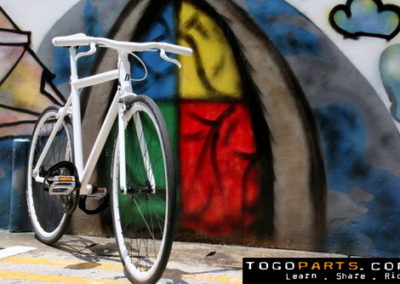 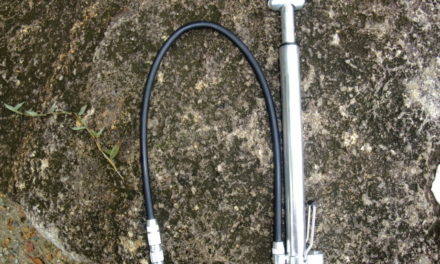