Almost all cyclists are aware of some kind of danger when cycling in Singapore, and the risks increase if you are a road cyclist. It’s when you have to share a small lane on the road together with a big chunk of strengthened steel on wheels that’s easily more than ten times the weight of yourself plus your bike that things can get really hairy, and sadly, it doesn’t take a big mistake or error in judgement to end up as a statistical figure for a safe cycling or safe driving campaign.  So it is always better to be seen and noticed from a long distance away, so that the driver and vehicle has ample time and space to keep clear of the cyclist at the side of the road, and there is no better way to warn incoming vehicles and drivers than with the use of a bright tail light.  Since most drivers are already instinctively aware to be cautious when they see a bright red light in front of them, the next obstacle for any cyclist is to ensure that they have a red tail light that is bright enough for the driver to clearly see them from some good distance away.

The Moon Sport Nebula is one such tail light, it is a high powered USB rechargeable tail light that is made up of a single piece of rectangular Chip On Board that contains 50 high brightness red coloured LED diodes that is able to produce up to 100 lumens of blinding red light within an arc of about 60 degrees from the centre, although the red light can still be clearly seen within a 270 degree arc around the light itself, giving adequate visibility even from the sides of the light.  With the LEDs producing such a bright light, the manufacturer has employed an aluminium heat sink that is CNC machined to encase the LEDs and keep temperatures under control, even during prolonged usage of the brightest mode.  This light is powered by a 3.7v 800mAh rechargeable lithium polymer battery that is easily recharged with any USB power source, even plugging it into your computer’s USB socket will start the recharging process.

The Nebula has 8 different light modes, 4 modes are in constant on but with varying brightness levels, 3 flashing modes with varying brightness and lastly a strobe mode.  Moon sports has claimed that the longest runtime with a fully charged battery is about 10 hours while it’s used strobe mode only, and if you ever need the light to be at maximum brightness, you can switch it to Overdrive mode, but runtime drops drastically to about an hour of usage only.  Another extremely useful accessory for this light is the RB-22 universal bracket which is included with the light, this single bracket when used with either of the two different sized rubber O-rings, will enable you to mount the Nebula to almost any post or bar, mounting it to my bike’s aero seat post was not a problem at all, and the bracket could even be tilted at an angle so that the light is directed horizontally instead of pointing slightly downwards as with most other tail lamps, because of the seat tube’s slanted angle.  Another very useful accessory of the RB-21 saddle bracket, this bracket is useful if you wish to mount the Nebula at the highest point possible on your bike, and you are even able to orientate the light to horizontally or vertically depending on your own preference, the saddle bracket is also extremely sturdy and I did not notice any movement of the light itself when I rode my bike.  There’s even a short USB control cable for you to turn the light on and off as well as switch between different light modes remotely, instead of having to press the button on the light itself.

The Ring Front Light is a similar light with similar features and functions, except that it comes in a much smaller and lighter package and is made up of 15 LEDs, this light is also USB rechargeable but only contains a 280 mAh battery.  Despite it’s small package, the Ring is able to produce up to 60 lumens of bright light in Overdrive mode with a decent runtime of more than 1.5 hours of constant usage.  This light also comes with the same universal bracket as it’s bigger sibling together with an additional belt clip, so that you can clip it onto the back of your pants or shorts to enhance your visibility when you’re out for a run a night.

The Chameleon-Ring is one of the best lights I’ve seen and used ever, as it is capable of producing 6 different colours, including different flashing and constant modes for a total of 4 different phases and 14 different modes.  This light is the only one that I know of that is able to change to other colours other than the usual red or white coloured lights, a very different but nonetheless a nice change from the usual and boring standard safety lights colours, I’m sure that if you have a light that’s flashing and changing between many different colours, it will certainly grab more attention than just a single colour.

Moon Lights are distribted by Bike31 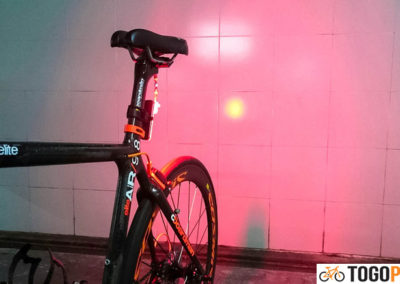 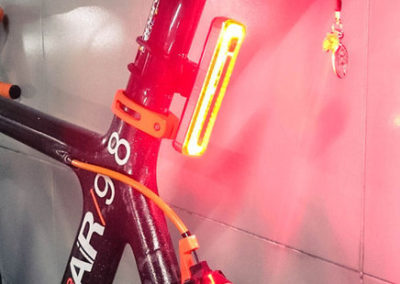 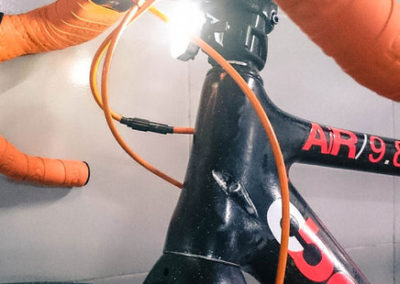 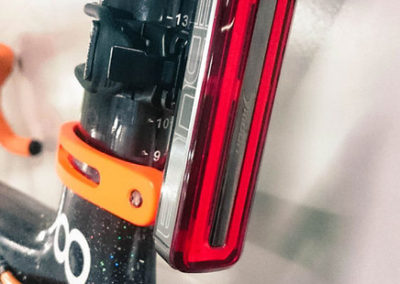 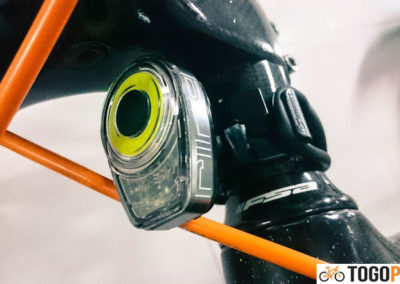 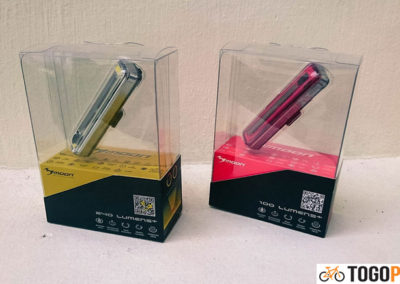 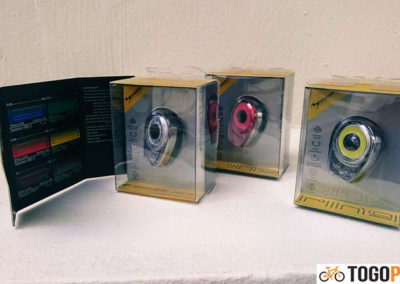 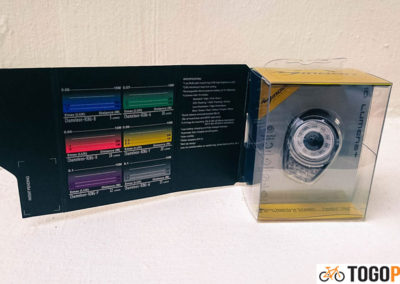 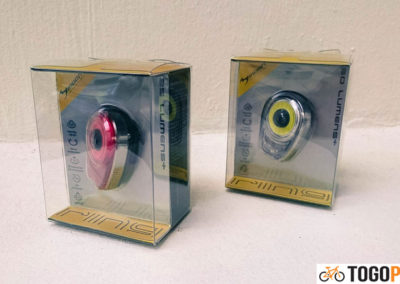 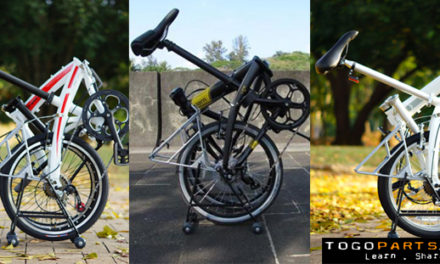 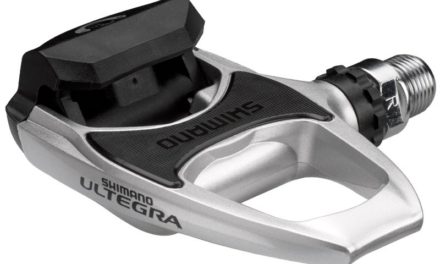