Mention the brand name Merida, and I bet many would have been made to believe that this company has its roots in a European country. Mention D.H. Ike, Tseng and you are likely to be greeted by blank stares from most riders. The truth is, contrary to popular belief, Merida is actually a creation of Taiwan and it is founded by Mr. Tseng himself in 1972. Mr. Tseng is still serving as the Chairman of Merida currently. With a strong corporate culture revolving around continuous improvement, Merida has bagged numerous awards of excellence since its incorporation and is one of the biggest bicycle manufacturers in Taiwan. In addition to producing bikes under the Merida branding, the company is also a contract manufacturer for many leading brands in the bicycle industry. Armed with extensive R&D expertise in alloy welding, suspension concept and the development of magnesium and carbon frames, they are able meet the rigorous demands of elite racers and at the same time create value for the masses by bringing down the cost of technology. You will find a wide range of product lines in Merida’s catalogue, catering for anyone, from the racer boys to daily commuters.

The Merida Matts TFS 500 mountain bike in this review is Merida’s mid-range bike, targeted at cycling enthusiasts. It comes with a good mixture of components from both in-house and specialties manufacturers, striking a delicate balance between cost, strength and performance.

The frame is the soul of every bicycle, and this is where manufacturers will try to differentiate themselves from the rest of the playing field. For Merida, they oversee their entire manufacturing process in their own in-house facility. By doing so, they are able to have direct influence on product quality and have direct communication channels with end users. Equipped with more than three decades of frame manufacturing experience, Merida proved to us how much technology can possibly be crammed into a simple diamond shaped frame.

Our Matts TFS 500 is constructed from standard 6061 aluminum alloy and is built through Techno Forming System (TFS) unlike its more expensive brothers who are built from Merida’s proprietary Prolite 6066 alloy and are hydro formed (HFS). TFS is similar to the more expensive HFS, which essentially allowed Merida to work with complex shaped tubes. The major difference between the two is in the butting of the tube walls. The TFS, in general has a more constant wall thickness which results in a lower cost. Having knowledge on advance TIG welding technology allowed Merida to build frames that capitalized on uniquely shaped tubes in their quest to maximize strength to weight ratio. The special Shotgun tubing found on the down tube of our ride is one such example. Merida claimed that the shotgun shaped tubing has the ability to absorb and disperse stress from riding much better than conventional tubing. This in turn allowed thinner tubing walls and an overall weight reduction of 20% as compared to a standard aluminum frame. 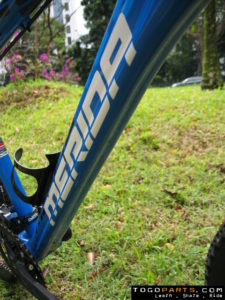 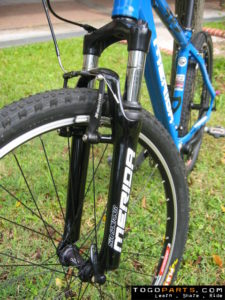 To sweeten the deal, the frame also sport features such as 3-Dimensional forged dropouts and profiled chainstay which are usually found on higher end bikes. To ensure all their frames met stringent quality control guidelines and have consistent strength, Merida employed purpose built robots for their welding process. These highly calibrated machines are able to produce beautiful welds almost all of the time.

Merida has chosen to be conservative when speccing up the drivetrain for the TFS 500. It stuck with the reliable Shimano Deore and XT components with the exception of the crankset, which is handled by a FSA unit. Their prudence can also be observed through the wheels which are laced with Deore hubs and Alex Adventurer rims. While Deore hubs kept the wheels rolling smooth, the Alex rims provided it with enough strength to take cross country terrain. The front suspension duties are handled by a SR Suntour XCM 80mm fork with preload adjustment and remote lockout control. The rest of the bike cockpit and braking are taken care by Merida’s own in-house brand components, under the X-Mission brand name.

Right out of the box, the bike stands cool with its distinct icy blue paintwork. At the end of the review, I also learned that the paintwork is not just an eye candy but are strong enough to withstand the usual knicks-and-knacks from riding without chipping off easily. The robot welds on the frame are very impressive for a production bike. Solid and even welds throughout the frame shows the kind of commitment and expertise Merida has exercised in their production line. 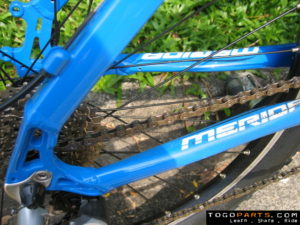 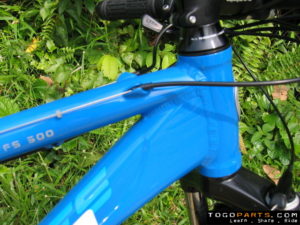 Once in the cockpit, the whole bike gives a racy posture with rider’s weight evenly distributed across the front and back wheel. Most other bikes in this price range would typically require some swap of contact points to correct the riding posture, especially the handlebars which tend to have unnatural rise or sweep angles. I was awed by the TFS 500 when the bike with its stock components felt so right. When riding, the Shimano components ensured the bike shifts and roll on effortlessly just as what we have come to expect of them. The only gripe I have is the slightly slower up shift at the front. I attribute that to the FSA crankset and would have very much preferred a set of Deore cranks to complete the package.

The SR Suntour fork is a pure workhorse. This simple coil spring fork, lacking many modern and sophisticated technologies, does a nice job in soaking up bumps and keeping its line. It worked well for small to medium hits but ramps up too fast for the big stuffs. I could only get about 80% of full travel during the whole period. Despite lacking damping adjustability, factory preset left the fork well-tamed, though personally, I would have preferred a slightly slower damping rate. The remote lockout is a welcoming feature for someone who rides on the road often, since coil spring forks are inclined to bob more under hard efforts due to its lacked of adjustments.

The braking department needs some revamp work as the X-mission v-brakes at the rear seemed to lack bite. Alot of two fingers braking effort was needed when going down steep and technical slopes where control is of the essence. The front brakes worked well enough though. 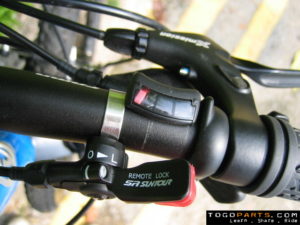 With its neutral steering up front, the Matts TFS 500 is a well-mannered breed with no sudden surprises. The extra large shotgun down tube coupled with the profile shaped chainstay ensures maximum stiffness and minimum flex around the bottom bracket area. While the frame is stiff, it is still forgiving on the rough stuffs. While the TFS 500 is a joy to ride around, it is sure an anchor when it comes to climbs. Like many others in this price range, the bike weighing about 12kg, is in need of a serious slimming session. The heavy components on board have certainly masked the full potential of the frame. Although functionally the Suntour fork is an asset, I would suggest it to be the first component to go if you are into losing some pounds.

The Matts TFS 500 is not built as a race bike and it should never pretend to be so. This bike has the fundamental qualities to allow new enthusiasts to have a taste on mountain biking. Its neutral steering makes it easy to control upfront, and a joy to ride. The frame is built strong and tough and would probably last you a long time. Tons of upgrading potential here if you are thinking of buying the complete bike and upgarding it over time. Having both disc and v-brake mounts means that you have the flexibility to adopt either braking systems according your requirements. If you happen to like touring, this bike has in-built rack mounts which allow you to mount a touring rack securely and easily. Overall, a great bike to own if you are looking for a quality bike which is easy to handle and does not have to break a limb for it.

If you have more cash to spare and is looking for something with higher end components, you can drop by any Merida’s dealer have a look at their other models available. With their wide range of choices, I am sure there is something for everyone. 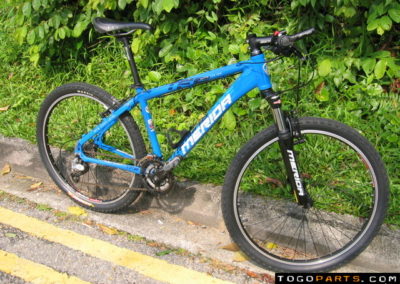 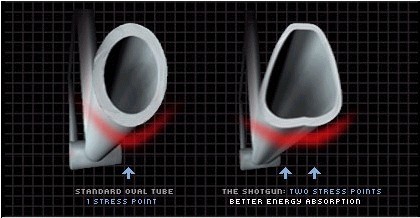 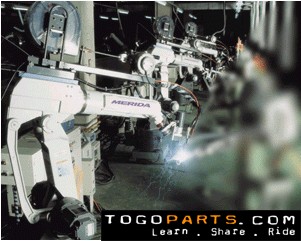 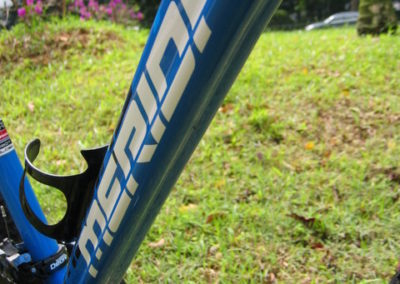 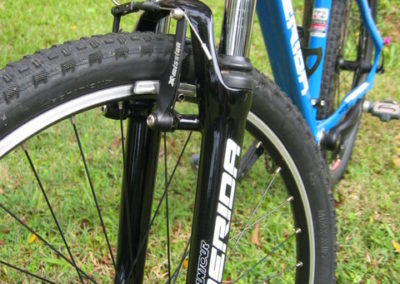 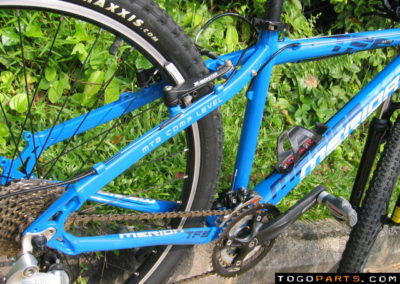 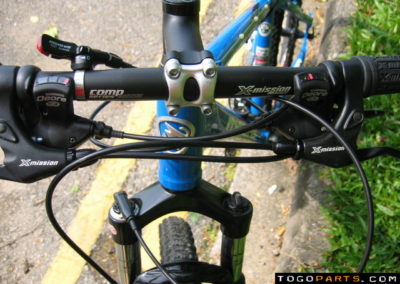 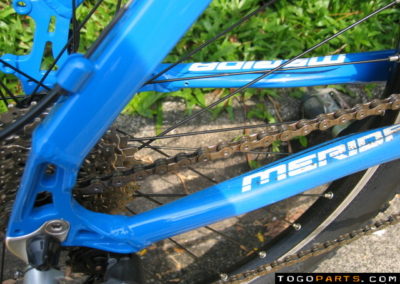 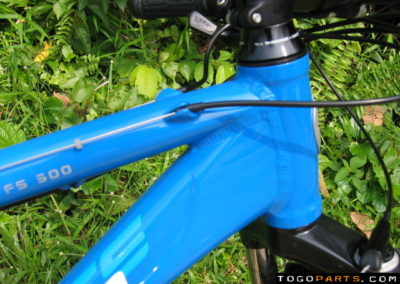 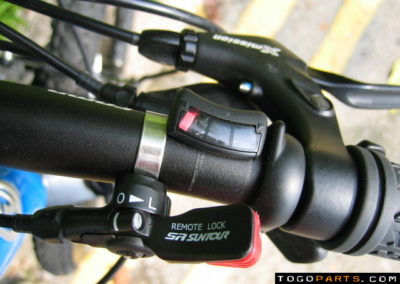 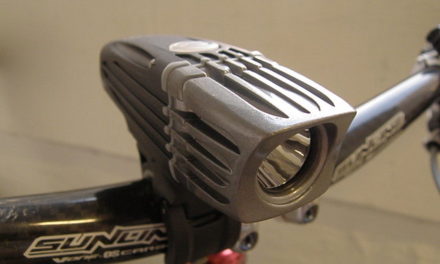 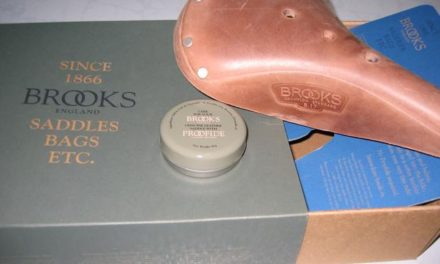 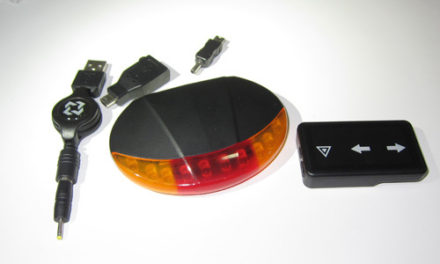