There is a huge variety of folding bikes today in Singapore, with each brand or range or model catering to a specific consumer type. Whether you want a folding bike that’s performance oriented as a folding equivalent of your five figure priced road bike, or one that folds into such a tiny package that it might accidentally get mistaken for a skateboard, or maybe you just need a basic but still very portable foldie to augment the ease of public transport between your home and workplace, I’m sure that there’s a particular model of folding bike out there that will suit your unique requirements, maybe even up to a ‘T’!

One of the biggest hurdles for any folding bike’s design is the main hinge which enables the bike to substantially reduce its overall size, and it is this very hinge and part of the bike that makes it the weakest link. So every year, folding bike manufacturers come up with newer, stronger and more innovative methods to fold their bikes, it’s also for this very reason why some folding bikes can end up costing more than some carbon fibre road bikes! Some bike brands can end up spending quite a huge portion of their manufacturing costs just on the research and development of these folding technologies. Consumers are now not only concerned about the foldability of the bike, but are also concerned about the stiffness of the frame, the overall weight of the bike, or the type and configuration of the parts and components that go into a particular model.

Being an avid cyclist himself as well as an entrepreneur, Charles Baey set out to start a business that would enable him to combine both his love for cycling as well as his passion for exploring greener alternatives to transport for Singapore, and thus Innner City Rhythm was born, to distribute a curated selection of bicycles for the local market, and part of that selection are folding bikes that are not only comfortable to ride, but also with a simple but yet cutting edge foldability design. One of their flagship labels is China made folding bike brand FSIR, although being a relatively new comer to the folding bike market, they had actually spent more than a decade on the research and development of their folding frames, focusing on ways to make folding bike lighter, better and safer as current folding bike frame hinges are unable to last after continuous usage. It is because of this main problem that they decided to stay away from the conventional folding design to come up with their own unique patented folding design which is about 60% stronger without any weak points along the frame.

Below is the interview video with MR He- Managing Director of Typhoon Shenzen and designer of Fsir that Togoparts Editorial team did during the Taiwan Bike Show 2015 :

Inner City Rhythm had brought in a very sturdy and innovative folding bike brand that’s also very easy on the wallet, their simple but yet cutting edge folding design makes one think, “Hey! Now why didn’t I think of that?”. The Spin 3.0 has an all-aluminium frame and fork, and it’s matched with aluminium alloy 16 inch wheels which makes this light weight foldie weigh in just under a the 9 kilogram mark. It also comes in a variety of colours and very cool looking paint schemes and designs, a far cry from the usual single colour painted frames that we see everywhere.

How this bike accomplishes it’s foldability is by a frame that basically folds around a very simple but effective pivot underneath the frame’s main top tube, with the two portions of the frame held together by a big seat tube, this creates a very rigid and secure folding mechanism as there are effectively two locking joints along the frame, instead of the majority of other folding bike frames’ that only have one single pivot point as its folding mechanism.

Another innovative feature is the CNC machined seat tube that has a channel or groove running along the entire length of the seat tube, and when inserted into the frame which has a matching notch , this notch’s function is to lock the seat tube into the frame to prevent the seat tube from rotating or turning when the seat tube is loosened to be lowered or raised, this removes the need to constantly align your saddle correctly to the front every time you release your seat tube clamp to fold and unfold the bike.

This bike has 8 speeds with shifting componentry by Microshift with an 8 speed cassette, which gives you more than sufficient gearing ratios for any normal commute. The ride is surprisingly very comfortable which is aided by a plush saddle that is able to effectively absorb road bumps, while the V-brakes provide excellent braking even in wet conditions, probably due to the size of the smaller wheels. Overall, given the superb folding design and light weight of this bike and with a very affordable price to go along with it, this is surely one foldie that is not only compact, but will also provide many years of sturdy and strong folding features.

Here are some of the other Fsir Spins models (with different colours and patterns) that might entice you: 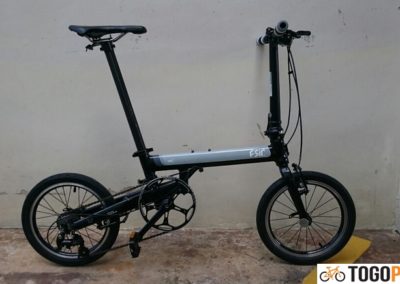 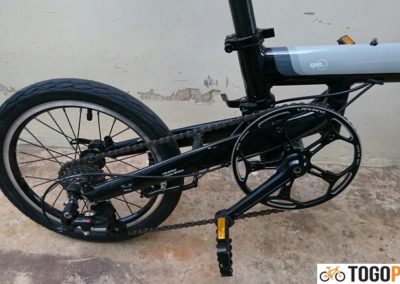 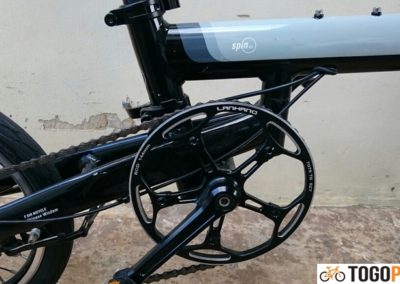 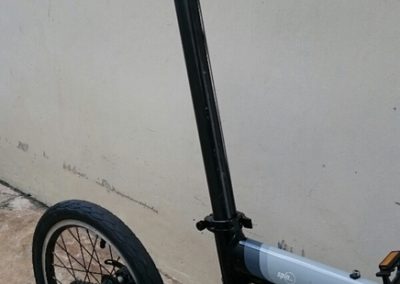 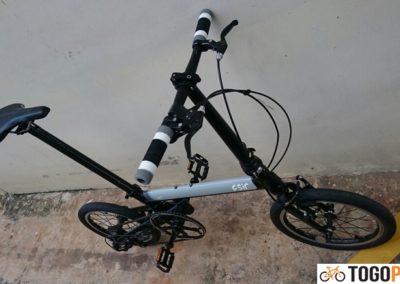 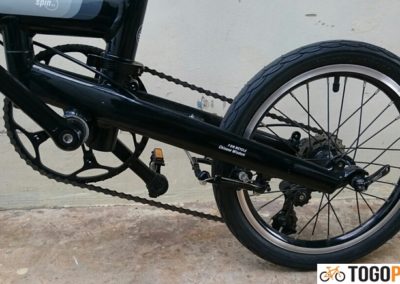 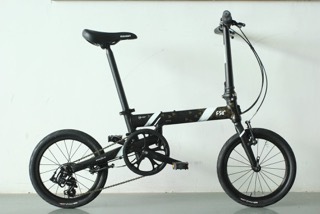 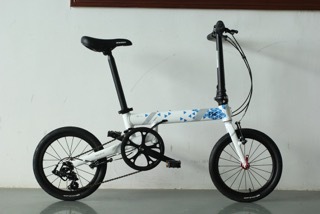 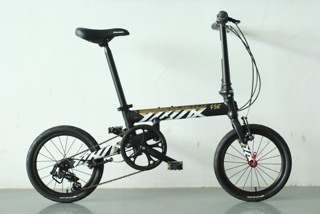 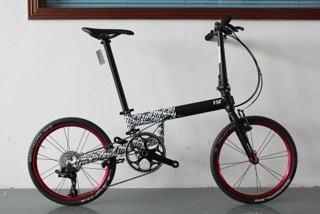 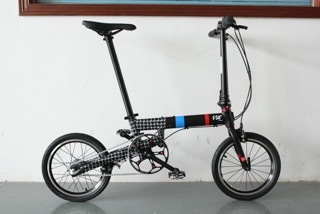 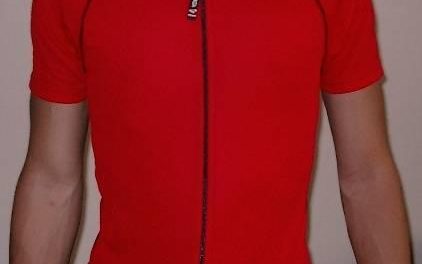 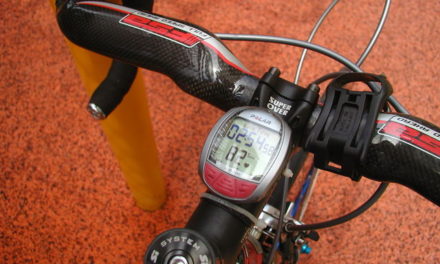 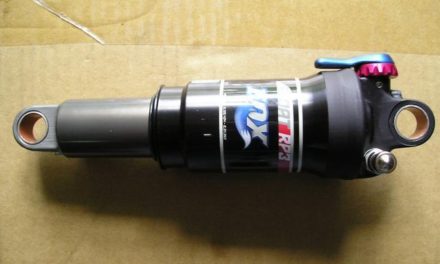