Felt, a well known brand among triathletes, has been around since 1991. Although, still relatively uncommon in the local scene, Felt is rapidly gaining its popularity among the triathlon enthusiasts. Early this year, Felt took the tri-bike industry to a new height with its highly innovative full-carbon bike, “DA”. When I was informed that I would get an opportunity to review one of its bikes, I was indeed very thrilled and looked forward to experiencing the much hyped about technologies behind Felt’s success. The model that was provided to me was called “S32”, a full-aluminum tri-geometry bike.

Upon receiving the bike, I immediately noticed the unmistakable sleek “FELT” graphics on the Ferrari-red sturdy frame. The paint job was tastefully done with satisfactory finishes.

According to Felt’s offerings, the bike should be classified between entry and mid levels. This probably explains its noticeably heavy weight, listed on the website as 20.4 lbs (without pedals). Unfortunately, I could not borrow my friend’s scale to verify the true weight of the bike that I was given. But as a tri bike, which is made to go fast on flat roads, this should not bother its target rider too much.

Another feature that I immediately noticed was its horizontal dropout . This was neatly designed to allow adjustability of the rear wheel to fit snugly into the seat tube cutout in order to enhance its aerodynamic benefits. I was excited to see such a feature in the S32, which is typically only common among top-of-the-range tri bikes. 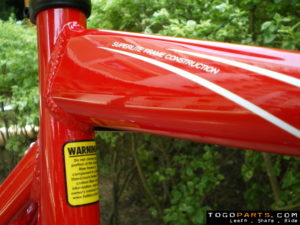 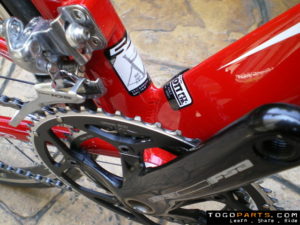 Being an entry-/mid-level tri bike, the components that came equipped with the bike were nothing to shout about. It was apparent that the objective was to spec’ed it with drivetrain and parts that would get the jobs done without being excessively expensive or flashy.

On a brighter note, there were some pleasant surprises. The bike came with Vittoria Rubino Slick tires (which provide a smooth rolling feel and confidence-inspiring grip) and FSA Gossamer Cranks (definitely one of the stiffer ones that I tried).

However, at the end of the day a good number of parts that came with the bike did not serve their purpose and in fact inhibited the bike’s performance. I shall elaborate further as I review the bike’s ride characteristics and my riding experience with it.

Before I delve into the review of its ride, I have to firstly qualify that my fitting on the bike was not the most ideal. I have requested for a size 54 based on my current bike sizing, however, Felt’s sizing seems to be on the larger end. I did my best on the adjustments to accommodate the fit as best as I could.

After much tweaking and adjusting, I was ready to give this bike a good beating. For the purpose of consistent testing, I decided to take the bike out on my exact same training route that I normally do.

One of the first few things that caught my attention was the stiffness of the crankset and the bike’s bottom bracket area; I certainly could not feel any flex when exerting on it. Although an entry level model, the Shimano wheels when coupled with the Vittoria Rubino Slick provided a nice rolling feel, decent comfort and good grip for cornering. Perhaps, partly due the wheels and tires, the bike felt comfortable for an aluminum build. From the initial experience of mounting onto the bike, it appeared very promising and I was excited to push it hard.

I knew that, to provide an accurate review, I had to push the bike and was prepared to suffer and feel the lactic acid. Taking the bike through some rolling terrain allowed me to discover the bike’s characteristics and certain areas in which, I feel, it can be improved. Firstly, its heavy weight certainly does not make it slope-friendly. And, no, I am not even talking about the slope of Mount Faber. Secondly, the 1-inch aero fork that came standard with the bike lacked adequate stiffness to give me confidence when getting out of the saddle. The wobbling front end of the bike makes it rather inefficient and uninspiring to get out of the saddle. I was actually quite surprised that the bike comes with a 1-inch fork, which is considered quite a backward design when the most manufacturers have long moved to a larger steering tube for greater stiffness. Due to the front end instability, the bike’s potential when it comes to acceleration is not maximized despite its stiff bottom bracket. Another piece of equipment on the bike that puzzled me was its stock seat post that came with a relatively long setback, which made it difficult for its rider to sit in an efficient pedaling position on a tri bike. The aerobar that came equipped with the bike was too high, and I could not get low enough into an ideal aero position. I wished that the arm pads could be smaller so as to leave me with some space on the bar top to hold on to while I climb.

Despite a number of flaws that the bike has, I must say that the one thing Felt got it right was in designing its saddle. I felt very comfortable on the saddle and it is probably one of those that allow me to sit on its nose while in an aero position for long periods with no numbness.

I would like to think that it was the less-than-ideal fit that prevented me from enjoying the bike’s fullest potential. However, bike fit asides; there were also several features of the bike which were not optimal. The design of the bike is rather conventional and lacks traits of innovation that other Felt bikes have. Even though with a number of design flaw, I must commend that the bike has great bottom bracket stiffness.

Overall, there are several features that can be improved to make the bike a more efficient machine. If Felt is able to transcend a little bit of its creativity and innovation from its top-end bike “DA” to the “S32”, I am confident that the bike could be a strong competitor in the entry level tri bike market. 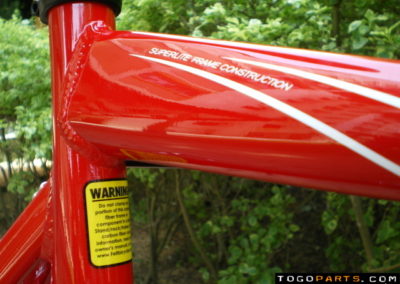 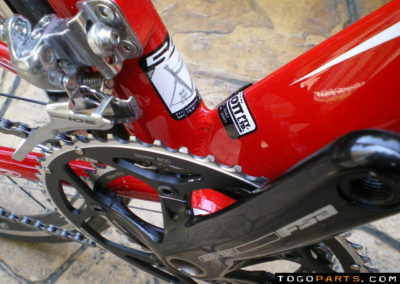 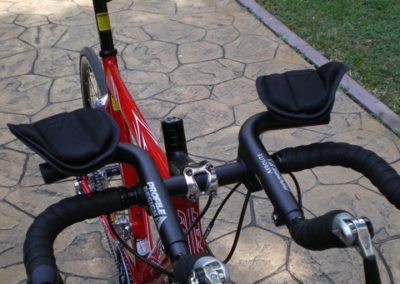 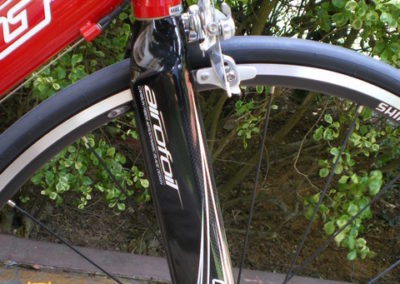 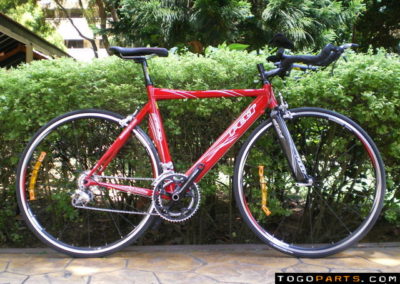 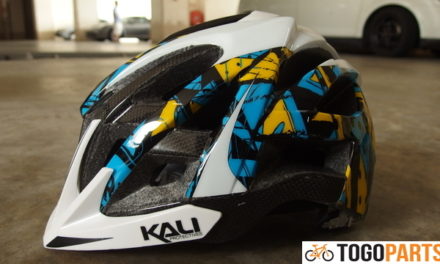 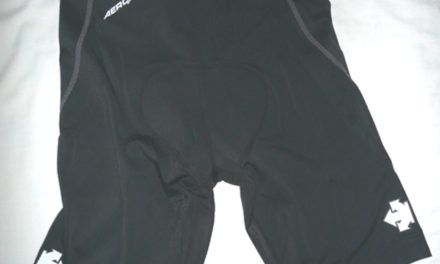 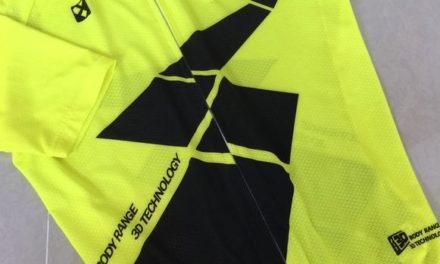 Trek bring the perfect all-rounder with the Remedy 9 27.5