Gone is the Speed Pro TT that is best known to Dahon fans as the ultimate bike for speed and aerodynamics on a foldable bike. But Dahon hasn’t abandoned the spirit of the Speed Pro TT – they merely changed the name to “Vector x27h” and improved it.

The new name comes with various implications. First, it’s a whole new frame. No longer is the bike built on the “Speed” frame. Instead, the all-new Vector frame is used and is supposedly supposed to be more rigid than its predecessor due to new method of producing the frame – hydroforming. This newly adopted process allows complex manipulation of the thicknesses of the tube and previously impossible shapes to be formed, allowing the frame to be stiffer yet lighter.

Going to Work, Going for a Ride

Since Dahons are always made with the commuter in mind, it was tested by integrating the bike into one’s lifestyle. This implies seeing how well designed it is on the crowded roads from my place in the north to our office in Chinatown, and how well it blends into other forms of transportation, as well as a full-fledged cycling bicycle.

Without a doubt, this bike is one of the best folding bikes when it comes to ride quality. The bullhorn handlebars allow different hand positions which reduce fatigue over a long ride, and going fast, you can get into the aero position by riding on the brakehoods.

The rear tyre punctured on me after reaching an MRT station – by the time I folded the bike, I found that its tyre was totally soft, and it wasn’t the valve that was loose. The Duranos that was on the bike is rated by Schwalbe to be mid-range in terms of puncture protection, so it should provide adequate protection, but on this time, it performed worse than the Kojaks which I have used on other bikes. A caveat: punctures are a function of luck and puncture protection in the tyre, so it could be lousy luck on a Tuesday morning.

The bike is probably the fastest Dahon that can fold compactly. There are faster options in the Midtown Mini or Dash series, but if you want the most compact fold, this the best compromise between size and speed.

Equipment-wise, you get the best parts Dahon has to offer. The SRAM Dualdrive II IGH and Ultegra derailleur combination gives you 27-speeds that span a range of 28″ to 121″. The wheelset is the Kinetix Pro, a FSA Gossamer crankset and Kinetix Pro brakes. Put together, the whole bike adds up to a claimed weight of 10.2kg.

The bike is fast and the ride is stiff, yet smooth. You know you’re on quality hubs when pedalling. The hubs are silky smooth and they roll very well. Climbing up hills is a treat, as compared to 700C road bikes because of the low inertia inherent in a small wheel configuration. Arguably, this is a trade-off for top-end speed, but I have never had problems going as fast as I do on my road bike.

The best thing is that, unlike most road bikes on compact cranks, the gearing is adequate for a lot of applications especially climbing. Going down to a low 28″ as opposed to the high 30s” that most road bikes start at, you’ll find that the gearing is much better when you ride up extended hills that go on for miles. On the other hand, I have never found any use for the highest of highest gears, I do not pump out that much power nor would I be putting in extra power when going on twisty downhills. The gearing is good, but to have a little more range on the lower-end would be better, since some hills outside of Singapore can be worse than Mount Faber.

The new Vector frame really is different from the Speed’s frame in that it is noticeably stiffer. Power does go to the rear wheel much more fluidly than in the Speed, and you can feel that when you do stand-up mashing of the pedals. There’s a little issue with the handlepost, though. It is stiff, but it’s a bit worrying when you do hard braking because it feels like it cannot take the high G-forces. The brakes, once tuned, can give you extremely powerful stopping power.

Compacting a Racing Foldie and Conclusion

Dahon claims that the Vector’s new folding geometry makes it smaller when folded than any 20″ folding bike on the market, however, this certainly is not true of the Vector x27h. The problem with the Vector x27h is its bullhorn handlebars. While perfect for aerodynamics, it sticks out like a sore thumb if you did not bring the tools necessary to rotate the handlebar.

Once that is done, you have the smallest fold at 39 x 77 x 62 cm. Comparatively, this a little bigger than other bikes in Dahon’s range, but it is negligible. However, the need to constantly bring an allen key out can be a bit of a hassle, and let’s not begin to talk about having to reset handlebar angles time and again.

The Vector x27h is one of the most exciting Dahons that you can ever ride, and it is one of the most aesthetically beautiful Dahons ever. The bike is stiff, fast, functional and exceptionally fun to ride. The ability to have gearing that can conquer Singaporean hills is innate in its Dualdrive gearing, and aerodynamics is easily achieved once you’re on the bullbars.

Unfortunately, this bike is not without some turn-offs. Chief in annoyances to a multi-modal commuter is the inability to have the bike fold to its smallest size without bringing along an allen key to rotate the handlebars. The handlepost doesn’t feel very secure either when you really use the brakes to its fullest.

Without doubt, the bike was a pleasure to ride and every minute riding it was truly enjoyable. There are significant compromises when it comes to folding size and hassle, but if you do not see this as a big problem, then this is one of the best bikes that can keep up with the Coastal/Lim Chu Kang crowd and then fold small enough to fit in a hatchback. 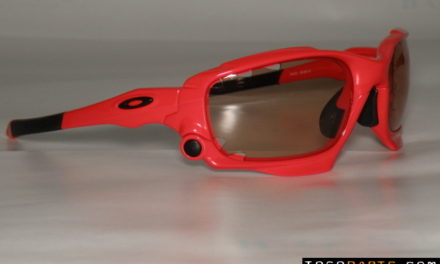 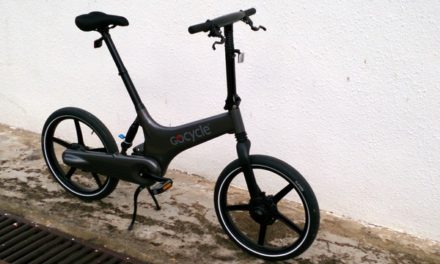 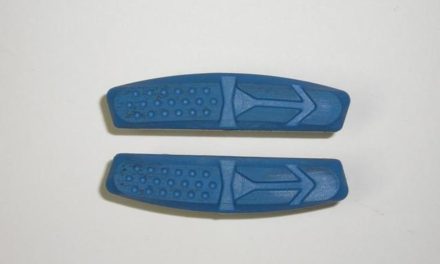