Mediacorp in collaboration with ADP has launched a road safety campaign called #StayHuman. Its aim is to teach all traffic participants to practice compassion, courtesy, and patience while on the road.

The first phase of the campaign will feature three advertisements, each holding up a mirror to various groups of road users: cyclists, drivers, and pedestrians. Each will also include different scenarios that users of the road experience, whether as the victim or as the antagonist. The scenarios will point out crucial moments of the decision-making process, whether to give in to their inner beasts or stay human.

The idea for this campaign was born after a non-profit organization Share The Road found out that 99% of all road frustrations come from a lack of empathy from other road users, be it cyclists, drivers, or pedestrians, all are to blame.

Tobias Wilson, APD’s CEO and one of the co-founders of Share The Road, told The Drum that he got inspired to create this campaign after he became a victim of road rage while cycling around Singapore.

Through Share The Road he was able to meet up with LTA, Safe Cycling Singapore, SG Road Safety Council, Singapore Kindness Movement, and URA and talk with them on the topic of road safety. That is how they come up with the #StayHuman campaign.

Adding to Wilson’s voice was the head of brand and communications for Mediacorp, Karen Yew, who believes that: “the initiative is going to get people thinking twice before honking that horn or making a rude gesture.” She also pointed out that only by adjusting our attitudes can we become better versions of ourselves on the road and make cycling, driving, and walking safer and less stressful for everyone.

The campaign is set to broadcast for three weeks in English, Mandarin, and Malay on 60 bus stops, in TODAY newspaper and web banners on todayonline.com, channelnewsasia.com, and on Mediacorp’s radio stations 938LIVE, 987, Capital 95.8FM, Gold 905, Love 97.2FM, Warna 94.2FM, and Yes 933.

This article was first published by The Drum.

Check out more stories on https://www.togoparts.com/magazine 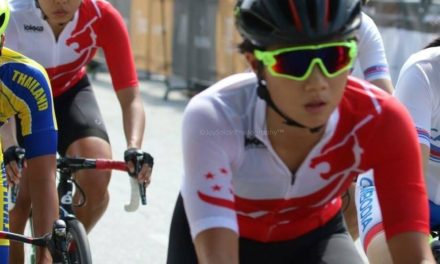 National Cyclist Serene Lee Campaigns for Her Trip to Bergan