Disc brakes are fast dominating the cycling world, and they are increasing their prominence in the road-racing scene.  It will not come as a surprise when every road bike at the racing level is equipped with this piece of motorcycle-inspired component in the near future.  However, it does come as a rude shock when Francisco Ventoso, a road-racing cyclist who rides for UCI Movistar Team, rallied for disc brakes to be abolished from the road-racing scene altogether.

The Spanish rider, who won the Paris-Brussels race in 2010, disclosed that the leg injury he sustained at the recent Pari-Roubaix was caused by a rear disc brake.  In an open letter to the public, Francisco, who is better known as Fran, described that he was riding within the peloton when the group crashed.  Although he managed to break his fall, he was unable to avoid crashing against the rider who was in front of him.  According to Fran’s recollection of the mishap, he remembered that his leg had “touched” the back of his opponent’s bike.  When he took a glance at his shin, he realised that a deep cut was sustained, exposing a part of his shinbone.  Subsequently, he got off the bike and sought medical treatment.

In his letter, Fran affirmed that his injury was not an isolated case.  He said: “15km after my incident, Nikolas Maes, a rider from Etixx-Quick Step, comes into the very same ambulance I’m sitting in.  There’s a deep wound in his knee, produced by another disc.”

Apparently, safety is Fran’s top concern.  He added: “The most worrying thing, as I stated before, is that disc brakes in its actual concept are giant knives, ‘machetes’ when crashing against or crashed by them at a certain speed. And in some points, we reach 80, 90, 100 kilometres per hour.  I’ve been lucky.  I didn’t get my leg chopped off, it’s just some muscle and skin. But can you imagine that disc cutting a jugular or a femoral artery?”

Fran’s dislike for disc brakes on road bikes was not solely due to his personal encounter with the crash at the Paris-Roubaix race.  He explained from a technical perspective that disc brakes are not only more difficult to maintain, logistics support vehicles will have to carry different sets of wheels to serve riders with different braking systems.

Towards the end of his letter, Fran called for racers to exercise their powers to choose the right type of braking system. 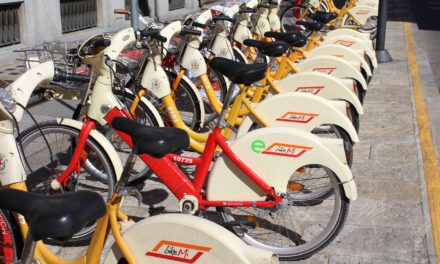