SINGAPORE, 28 August 2015 – A day before Singapore witnesses OCBC Cycle 2015, the thrill and excitement of the event is starting to build among the South-East Asian (SEA) teams who will battle it out for the OCBC Cycle SEA Speedway Championship title.

The Malaysian ace will be looking to lead his team to victory on Saturday, 29 August 2015, but is under no illusions that the journey will be smooth with the Singapore team, powered by Team Singapore Captain, Junaidi Bin Hashim, and team mate Low Ji Wen, who was part of Singapore’s SEA Games squad in June.

Speaking at the race’s press conference held today at Hotel Jen, Hariff said: “I’m excited to be back in Singapore again within a short span of 3 months. Winning two gold medals during the SEA Games in June in Singapore meant a lot to me and my country. The competition at the OCBC Cycle SEA Championship may be tough, but we are all gunning for a win here. I am going to give it my all with my team. The new race format of a speedway race is unique in this part of the world. It’s going to be an exciting race. I can’t wait for tomorrow.”Joining him on stage was Low, who will be representing Singapore for this event. Echoing his Malaysian counterpart’s sentiments, he said: “I think the unique race format will be a hit with the local and regional cycling scene. As it’s going to be a condensed race, we will be seeing higher speeds, which will make things slightly more thrilling. Competition will be stiff, especially from the Malaysian team, but Team Singapore is ready to roll.”

Singapore Cycling Federation’s President, Mr Suhaimi Haji Said, was upbeat about the race, saying, “The inaugural OCBC Cycle SEA Speedway Championship created quite a fair bit of buzz within the cycling community as it gives a platform for the region’s best cyclists to pit their skills against each other in, undoubtedly, the most exciting and unique racing format. This will likely establish itself to become one of the cycling arena’s key regional highlights in the years to come. I’m expecting a thrilling race with the teams from Indonesia and Philippines looking strong as well.”

Indonesia will be boasting a strong line-up, including Robin Manullang who won the Men’s Individual Time Trial 40km at this year’s SEA Games, Endra Wijaya, champion of both Tour of Borneo in 2013 and the National Championships Indonesia (Road Race Champion), and team-mates Fatahillah Abdullah, who secured a second place at the GC Speedy Tour d’Indonesia in 2010, Projo Waseso, stage three winner of Tour Of East Java in 2010, and Elan Riyadi, who shared the podium spot with compatriot Wijaya at the National Championships Indonesia (Road Race Champion) last year when he clinched third place.

The thrilling new format, a first in Singapore and the region, will see four riders in each team riding a total of 10 laps in pairs, around a fast and flat 1-kilometre course.

The first two cyclists will ride five laps handing it off to the second pairing who will finish off the remaining laps. The race will offer fast, awe-inspiring action in a spectator-friendly format. The OCBC Cycle SEA Speedway Championship can be viewed from many vantage points along the course, and will give the spectators an up close and personal experience as they watch the riders whizz by. Prizes of $6,000, $4,000 and $2,000 will be awarded to the 1st, 2nd and 3rd place teams respectively.

Ms Koh Ching Ching, Head of Group Corporate Communications, OCBC Bank, said: “We introduced the OCBC Cycle SEA Speedway Championship as a new competitive component in OCBC Cycle 2015. As a regional bank, our support for a SEA race makes a lot of sense for us. We are very excited with the participation of 7 national teams in our first OCBC Cycle SEA Speedway Championship race. This race will see these teams pit their skills against one another in a whole new and unique race format. Through this race, we have the opportunity to witness where each team stands amongst the region’s best. We wish all teams the very best for tomorrow’s race. May the best team win! We are very excited to award the winning team the inaugural OCBC Cycle 2015 SEA Speedway Championship trophy and prize money of S$6,000.” 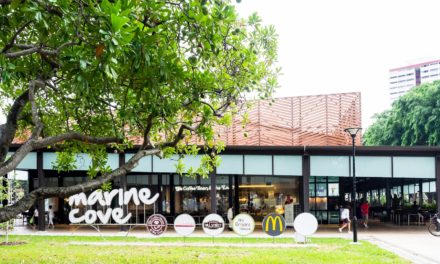