The massive East Coast Park now links you from Gardens by the Bay to Changi Village, quite the stretch!

As much as we love these upcoming features that East Coast Park, one wonders if its western counterpart would ever receive the same facelift.

“Cyclists can vouch for the vast amount of space that they’re afforded, and even more so now that ECP has been linked to Gardens By the Bay.“

East Coast Park (ECP) is once again slated to receive shiny new upgrades to its already impressive array of facilities.

By the end of 2019, three main once-popular sites –that have since fallen into disuse—, Goldkist Chalets, Big Splash, and Raintree Cove, will be converted into activity nodes where people can congregate and hopefully disperse human traffic to more parts of the park.

As Singapore’s largest park, ECP is unsurprisingly also the most frequented, with an average of 7.5 million visits annually. Cyclists can vouch for the vast amount of space that they’re afforded, and even more so now that ECP has been linked to Gardens By the Bay.

NParks clearly sees ECP as the central hub and main pit stop for cyclists utilising the 150km Round Island Route, and hopes that these redeveloped sites would help ease congestion and make the park more enjoyable for all users. Some of the cycling-centered highlights of the new features are the “cycle-through” food and beverage offerings, workshop spaces, and cycling circuits, all of which will be situated at the former Goldkist Chalets, which will become a new bicycle park.

Speaking at an exhibition that showcased those improvements, Emeritus Senior Minister Goh Chok Tong lauded NParks’ efforts to transform the nation’s recreational landscape and parklands, and challenged them to make ECP a beloved national icon.

As wonderful as the entire proposition sounds, I can’t, as a West-sider, help but feel a little deflated that the parks in the west have not exactly been treated with the same degree of “reverence”, with upgrades few and far between. Sure, West Coast Park (WCP) has been slightly improved over the years, but nowhere as extensive as its Eastern counterpart. Of course, there is a much greater justification for investing in ECP – sitting at 185 hectares, 3 times the size of WCP, it is also closer to Singapore’s more iconic attractions and staycation hotspots, like chalets, and the famous Changi Village Hawkers.

Comparatively, WCP isn’t situated anywhere near iconic spots; its best hope lies in the upcoming revamped canal stretch along the West Coast neighbourhood, as well as the Jurong Lake District smart city that will be unveiled in the coming years. Even then, these pale in comparison to what the East has. Regardless, West-siders will certainly welcome an equal effort into transforming western parks into hubs of their own. Perhaps it is only a matter of time before this happens, owing to the scarcity of land in Singapore; it would certainly present an adequate challenge for NParks to manage what limited space it has. So perhaps the ultimate objective isn’t just to turn ECP into a national icon, but the rest of the country’s parks as well. I would certainly frequent WCP more often if it meant having more to see, do, and eat besides a couple of playgrounds and a McDonald’s drive-thru.

Read the original article to find out more about what to expect for the latest batch of new features for East Coast Park. 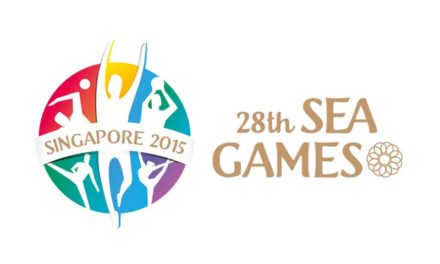