Mayor Bill de Blasio claims Citi Bike has more riders last year than any other bike sharing program in the United States. It was “on par with the largest bike share systems in the Western hemisphere,” he said. “There have been nearly 9 million trips taken on Mexico City’s similarly sized EcoBici bike share in 2015,” the mayor’s office said in a statement, “and London’s larger Santander Cycle Hire was on pace for 9,943,074 trips in 2015.” but Citi Bike ridership exceeded 50000 trips on just 7 days during 2015.

And according to a bicycle advocacy group Take Part, New York City officials have compliments the Citi Bike System because it has helped control the traffic and increase physical activity among residents and riders since its introduction in 2013. A study in Washington DC in 2015 found that bike sharing programs are capable of reducing traffic congestion by 2-3%. Cities across North America are promoting bike sharing as a way to keep some vehicles from driving into the city.

However, bike sharing does have one issues that need to be resolved. Many riders pedals along without a helmet because it is easier than carrying one wherever they go. Though helmet sharing is one of the options, another is a lightweight helmet made from recycled newspaper that costs $1.50. The helmet is waterproof up to 6 hours.

Though calculating on how much traffic congestion and pollution bike sharing avoids, due to the little data showing how often the riders substitute riding a bicycle than of a car. “Many people using bike-share programs in denser cities are only avoiding public transit rather than avoiding driving a car, muting the CO2 benefits of bike-share programs,” reported Climate Central in 2014. On the other hand, “in less dense cities, bike sharing is used as a way to connect people to public transit, which would enhance the climate benefit.”

Whatever the data may or may not suggest, getting some exercise outdoors like riding a bike is better than riding a car while tweeting and hooking up with friends in social media when stuck in traffic. 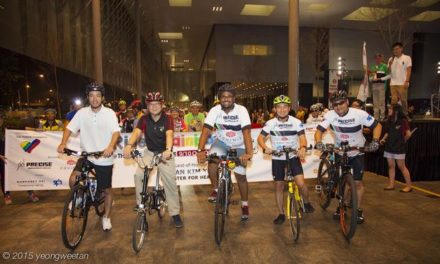 Ride for Rainbows 2016 – Sharing the Love through Cycling 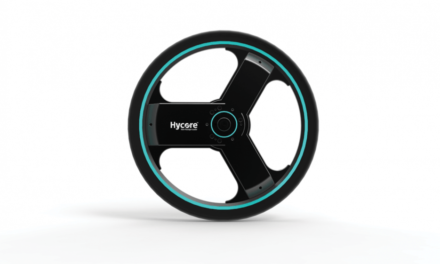 No sweat riding up that hill with the Centinel electric wheel