This Hungry Ghost Festival: 5 Nighttime Trails to Spook You 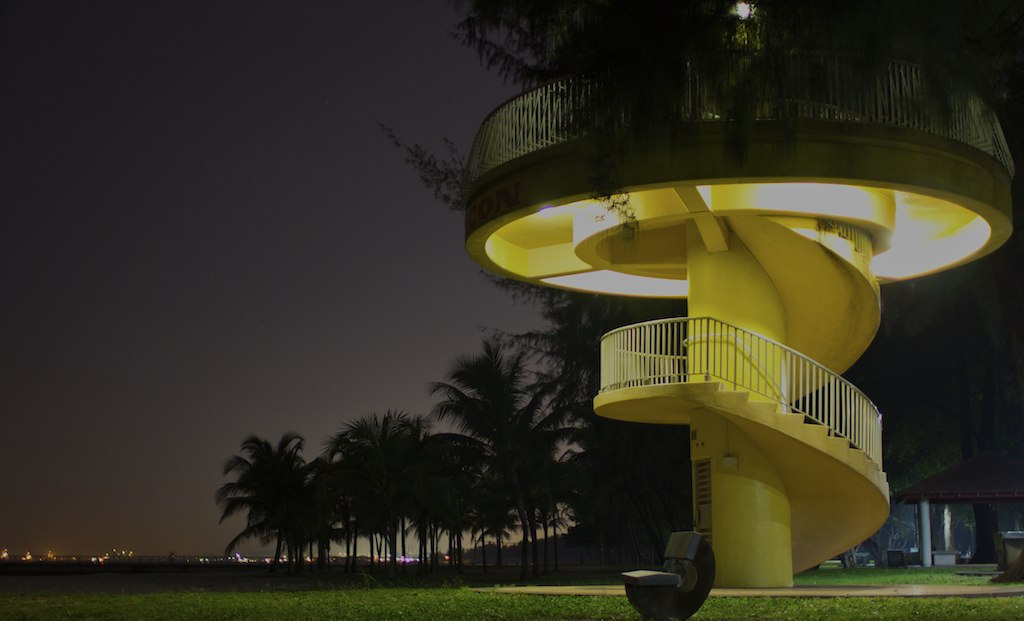 Not everyone is fond of a true blue ghost story. Heck, it took me 3 months on average to forget a really scary horror movie like Dark Waters. Chicken feet to some, such as a friend who’s a hardcore fan of horror, but pure pee-inducing to the layman not used to getting cold feet.

For the cycling enthusiast, this means discovering the local (hidden) haunted trails and then seeking to conquer them – all in the dead of night.

After all, past paper-burning, what’s more exciting and scarier than… experience?

Here are five spooky (night) trails intended to at least raise the hair on your arms – if they won’t take the wind out of your breath.

Amber Beacon in East Coast Park where a girl was murdered in 1990.

In the daytime, East Coast Park is a breezy place to cycle at. Palm trees line the shoreline, and long trails shared by pedestrians and cyclists weave through the Park from East to West. It’s also one of Singapore’s most frequented cycling hotspots in the East. Come nighttime, the place lies flooded in darkness dimly lit by sparsely-placed streetlamps. (Having a bicycle lamp whilst you cycle there is strongly recommended). The road there is generally straight with gentle curves. Sounds breezy, right?

Suck in your breath when you enter the underground tunnel linking the Park from Marine Parade/ECP highway side. Consider the story of a cyclist who went through the tunnel with a group of friends at night. Suddenly, one of them began to cycle slower than the others. Later, one of the friends let on that the spirit of an old woman had pressed against his shoulder, causing the extra weight which hindered his progress.

If this doesn’t give you the chills, then how about the thrills of the Amber Beacon, where a girl, Kelly Tan Ah Hong, was murdered by two masked thugs in the year 1990? Located near Carpark C in East Coast, close to Singa Inn Restaurant and Parkland Golf Driving Range, the Amber Beacon is actually an unmanned beacon that warns ships of the approaching shoreline.

According to legend, an apparition would haunt the spiral steps of Amber Beacon on certain nights. Others claim to hear cries coming from the gallery at the top of the beacon. The legend is so darkly famous that it has invited a team from the Singapore Paranormal Investigators to visit the haunt and video their attempt to communicate with Kelly’s spirit. Try climbing the beacon’s staircase at night – tell me if you don’t feel spooked with the restless sea spanned out in front of you.

Old Tanglin Brunei Hostel located at the end of Tanglin Hill, vacated since 1983.

At the end of Tanglin Hill stands the abandoned building of Tanglin Hill Brunei Hostel. The former hostel, built in 1958 to house Brunei students and Bruneian government officials on visit, is now decrepit. It has survived 30 years of ruin since being vacated in 1983. Indeed, the ruined building stands out like a sore thumb in the exclusive Tanglin Hill neighborhood housing the rich and famous. The trail is a winding road taking you up to the top of the Hill where the hostel is. It’s actually closed to the public, but according to reports, sometimes the gate is left unlocked, or there’s a hole in the side fence for you to get into the compounds. These openings were utilized by the Ghost Club Sg, who made a private expedition to the hostel late at night and took some photos. One of their agent reported hearing “footsteps at times, scattered moving sounds and just a strange atmosphere. Then, a strange woman’s voice/cry [sic]”.

A supposed ghastly apparition of a face inside the hostel.

The Brunei Hostel gates permanently closed to the public.

The trail itself is quite quiet, with mostly condominiums in the private estate. However, you are rewarded once you reach the iron gates. In the daytime, the building looks peacefully in its decades-spent state. Bring along a camera/your cellphone and good flashlights. A company of spunky friends would help too. Don’t go in the day; it’s the night crawls in this run-down scrawl that thrills. Paranormal investigators have visited the scene past midnight, and written about their adventures and encounters afterward. You may read the Ghost Club SG’s expedition here. 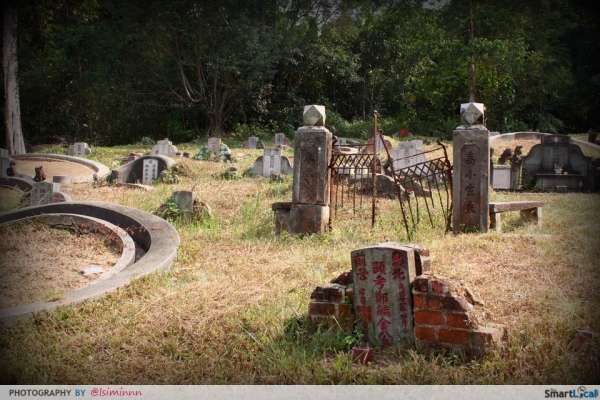 Cycle in via Farrer Road to Bukit Brown. Alternatively, use the Sime Road-Lor Halwa route. LoveCyclingSG took a trip there in January through the trails inside the cemetery.

Housing about 200,000 graves, Bukit Brown Cemetery has been around with graves dating back as early as 1831. For the past few decades, it was a quiet and peaceful place, till recently when graves had to be exhumed so a new dual four-lane highway could be built.

Formerly a 211-acre plot of land, it belonged to the Hokkien Ong Clan. Later in 1918, the Municipality bought over a portion of it to cater to the burial needs of the Chinese living in Singapore. It met its closure in 1973. Reports claim that pontianaks have been sighted among the forests surrounding the graveyard. An old lady dressed in red cheongsam has also been see fanning herself sitting on top of a tombstone. How true these reports are, you decide for yourself after visiting the place – in the dead of night!

A grave located in Bukit Brown gleams eerily at night.

Stroll among the graves of graves of Singapore’s famous pioneers such as Gan Eng Seng, Chew Joo Chiat, Ong Sam Leong and Tay Ho Swee. The cemetery itself is designed with wide stone paths where you can comfortably walk and gaze at gravestone and the ever-lush greenery. Of course, these are daytime activities. Nighttime presents a different challenge – the spook factor that’s ever-prevalent in cemeteries. Do write back to us at [email protected] should you encounter paranormal experiences yourself.

Changi Village has had its fair share of haunted tales through the years. Located at the Eastmost side of Singapore, it’s even farther away than Pasir Ris, the last town on the MRT map. At night the beach area of Changi Point may seem deserted, dimly lit and even frightening, but that is nothing compared with the supposed horrors of an old abandoned building located at the end of Halton Road. That building is none other than the Old Changi Hospital.

Old Changi Hospital located at the end of Halton Road

To get there, cycle past Changi Village Road into Netheravon Road. The road itself to Changi Village is fraught with uphills and down dales so you’ll get a bumpy albeit fun ride at night. Wait till you see the thing at the end of Halton….. so I digress. Cycle on Netheravon Road; turn in at Sealand Road => Halton Road and access the Old Changi Hospital.

Of course, if you wish to make this trip all about Changi Village, you are welcome to explore that trail. It is also one of the more exciting trails home to a “village” or ghost towns not accessible by train.

Old Changi Hospital was built in 1935 and served patients during WWII.

I assume that you will be organizing this expedition at night. The benefits are many: you get to take on the Changi Village Route with its up slopes and down lopes (you can choose the pavement or road – both give you a bumpy ride); and experience the horrors of Old Changi Hospital in full.

A sinister message found inside the dark halls of the hospital

If it’s not a cursed Barbie dropped on the hospital floors, what else?

Click here for a ghastly pilgrimage to the old hospital undertaken by the Ghost Club SG. Or here, if you have the capacity to stomach a movie filmed about the old place. Write to us at Togoparts of your own encounters.

After you’ve fully frightened yourself beyond ability to pee at Haunt No 4, it’s time to chill down on the chilling factor – with a less eventful ride at Pasir Ris Park. Pasir Ris is a new old district located at the end of the East line MRT. It’s the town next to Changi Village after Loyang Avenue. It’s also one long street from beginning to end, and a nice middle-ground to bypass to get to Haunt No 5, Pasir Ris Park. The park itself contains its fair share of crimes, suicide, murder and horror stories to chill one’s blood for half a lifetime.

Home to different species of wildlife, seabirds and a family of wild boar, Pasir Ris Park is laid out with cycling-cum-walking trails. It may look idyllic in the daytime, but come nighttime, it’s a hodgepodge of horrors. I’m just jesting. What you’ll find here are trees, trees and more trees; but tell me if a dark, tall, wood-like effigy with long pointy fingers reminiscent of Hansel and Gretel doesn’t inject some flight response in you. I’ll buy you supper at Changi Village near 12am.

Interestingly, a team of paranormal investigators took it upon themselves to cycle Pasir Ris Park at night.

Other haunted trails such as Mount Faber, Yishun Park and the Changi Detention Barracks are also options to get chilled out at. Pun intended. It is purely up to you, the adventuring rider to seek these (sometimes elusive) haunts out. Pasir Ris holds a great deal of memory to me because it’s been my hometown for more than 20 years. Perhaps you might have your own stories (not necessarily of haunted trails, but favorite cycling spots) to share to.

Do write to us at [email protected] should you wish to share a story or two. We’d love to hear from you! 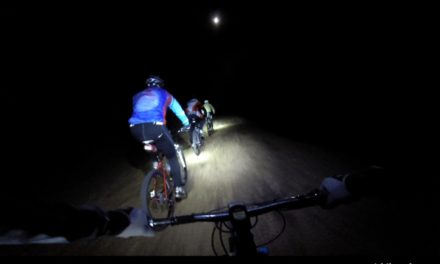 5 Essentials for Riding Trails at Night 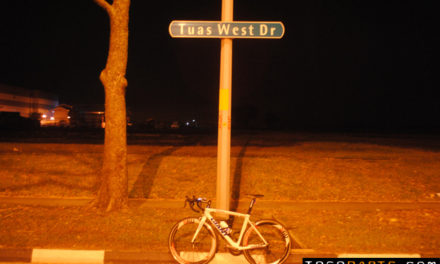 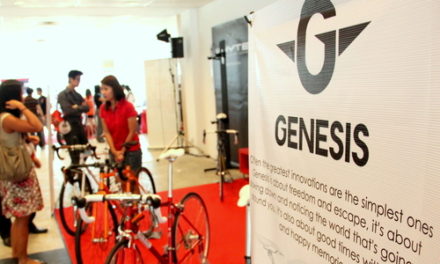 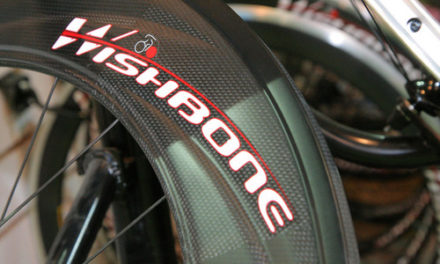