Taking It to the Forefront

Coming in with a range of new road bikes that suit every riding style and rider is Fuji. At Taipei Cycle, we talked to the people at Fuji and gained deep insights into the technology involved in making a carbon fibre race bike, and we were introduced to the Altamira, the SST and the Gran Fondo, a bike that was not on the showfloor nor in any stores, because it was still in development.

Fuji’s Altamira is the latest in its lineup of road bikes. The top-of-the-line road bike comes in four versions, the 3.0, 2.0, 1.0 and LTD, in ascending order of groupset quality. The difference between each bike is in the component combination, with the 3.0 coming with a Shimano 105 groupset, while the highest-end LTD comes with Di2. The Altamira’s rear triangle has one of the thinnest seat stays and oversized chainstays made of high-modulus carbon and has carbon fibre dropouts with a replaceable derailleur hanger.

The green-black-purple Fuji Altamira is a road bike used by the UCI Pro-Continental Team Geox-TMC of which Denis Menchov and Carlos Sastre are part of. The Altamira’s frame and fork weighs in at a tad over 900g, but specially for the LTD is a fork that is a carbon monocoque and features a tapered carbon steerer and carbon-fibre front dropouts. It is also a bike that is employs the High Compaction Molding Process (HCMP) in certain areas.

The HCMP is a process unique to Fuji. By using this process to make curved carbon tubes, frames are able to achieve a lighter weight and greater stiffness. It also eliminates wrinkles when curving parts of the frame and allows the use of minimal resin due to efficient compaction.

The Altamira is a bike aimed at riders with a smaller stature which doles out less force and because of its design, the Altamira is capable of climbing efficiently.

Of course if you don’t fall into this category, there’s also the SST from Fuji, which, although is 100-150 grams heavier than the Altamira, is built to be even stiffer and meant for larger, more powerful riders. To make it stiffer, on the inside of the tubes, there is a reinforcing rib that goes along the diameter of the down tube and fork blade.

Lastly, we heard of a little secret from the guys we talked to – a new bike from Fuji that’s meant to come out in 2012. It’s called the Gran Fondo and it is supposed to be an endurance road bike. It has a long wheelbase, a longer head tube and it employs the latest in materials and technology. It is aimed at the serious enthusiast looking to do centuries or audaxes. A doctor-lawyer bike, we heard? Shh… 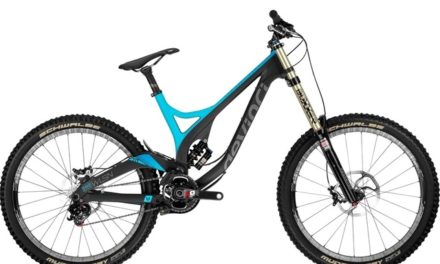 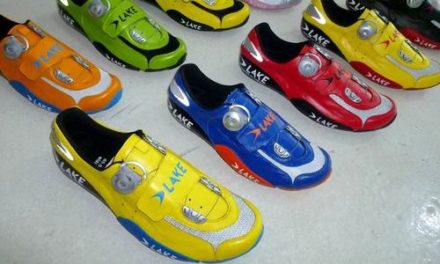