With more than forty years of solid bike building experience under their belt, Merida is famously known all around the world as one of the world’s premier bike manufacturers of the cycling industry.  Accumulated through the decades, Merida has kept on building on their manufacturing expertise to be able constantly keep churning out lighter, better and faster bikes year after year, always pushing the boundaries and limits in order for their riders to be able to always have the best performing and best valued bike or bikes within reach.    Loosely translated from three Chinese words ‘mei’, ‘li’ and ‘da’, the brand name Merida is now one of the most competitive bike brands in the world, on par or even better than some other much more famous European high end bike brands in the market today.

The Merida Speeder series bikes are essentially road bikes but fitted with flat bars instead of drop bars, these use of these type of handlebars make the Speeder bikes much more comfortable to ride as your body will be in a much more upright cycling position, as compared to bending forward and keeping low and tucked into a more aerodynamic position if you were riding with drop bars instead, and since there is more emphasis placed on riding comfort rather than aerodynamic speed, these bikes are therefore more suited to the recreational cyclist, or a cyclist that wants to ride for fitness, this bike however also perfectly suited for the daily commute to and from the office.

The highest spec model in this range is the Speeder 4000, and only this model features a carbon fibre which is made from Merida’s proprietary Nano Matrix Carbon material, which are special carbon mats that have been enriched with special nanoparticles to strengthen the epoxy resin matrix, the result is an increase by about 40% in impact resistance, also incorporated into the frame during manufacturing is AWS, which are special mold inserts which reduce wrinkling on the inside of the frame, this reduces any unnecessary resin on the inside of the frame to reduce the overall frame weight.  At the rear of the frame, both the seat and chain stays have specially designed ‘Flex Stay’ technology that effectively absorbs bumps and vibrations while riding over uneven surfaces.  Fitted with large 160mm disc brakes for both the front and rear, these Shimano brakes provide very good braking power even when going downhill at faster speeds, and with discs, there is much less fear of losing braking efficiency if you are ever caught in the rain while riding.  The drivetrain consists of a mix of Shimano components such as 105 derailleur for the front but with an Ultegra derailleur at the rear for much smoother shifting throughout the 11-28 cassette, the stem and seatpost are also made from carbon fibre with the only exception of the handlebar which is made from aluminum.

Next up is the Speeder 900, this model has an aluminum frame that is made from Merida’s Prolite 66 Triple Butted aluminum alloy, this premium high end quality aluminum is not only extremely durable but very light as well, and together with the triple butting of the wall thicknesses for the frame tubes, the frames offer the optimum strength to weight ratios for such a material.  These tubes are later shaped using a Hydro Forming System which is essentially a mechanical TFS process to form the individual frame tubes using hot oil and high hydraulic pressures, and once formed, they are all welded together and all welds are then smoothed out to ensure that the seams are not only even but also enhance the look of the completed frame.  This bike also has a full carbon fork that is made to absorb vibrations while riding but yet remains stiff laterally even under hard braking from the front, it connects to the frame through the X-taper headtube which is a larger tapered connection for superb stiffness and precise steering.  The drivetrain is made up of Shimano Ultegra components except for the shifters and brakes, this means that you will get ultra smooth shifting coupled with a lightweight groupset, moreover, the shiny dark grey finish on the Ultegra components match the frame’s dark silver finish perfectly, also making this model one of the nicest looking bikes in the market today.

One step down in the series is the Speeder 500, this model is very similar to the Speeder 900 model, which also has an aluminum frame with a carbon fork.  Similarly, this bike also has full internally routed cabling with special inlets and outlets integrated into the elaborately shaped frame tubes, this not only makes maintenance of the bike and cleaning much easier, but it also gives the bike a clean and uncluttered look.  This bike although fitted with Ultegra derailleurs both for the front and rear has an FSA Gossamer crank instead, which is a compact 50/34 size, perfect for the 11-28 cassette which gives you both speed for sprints as well as enough ratio to easily climb steep slopes.  The wheels are slightly weightier Merida comp 22 models that have been wrapped with Maxxis Detonator tyres, but the stem and seatpost are still the carbon fibre versions for added weight savings.

Getting to the lower end of the Speeder series is the Speeder 400, this model although features the same aluminum alloy frame, also has a straight alloy fork as well, and instead of Shimano Ultegra componentry, black coloured 105 parts are fitted instead.  Although not as light as the Ultra components, the 105 still performs very well with smooth gear shifting, even when riding under power such as shifting to an easier gear while climbing uphill, brakes are still hydraulic disc versions but are M315 models instead, with a marginal weight penalty as compared to those found on the Speeder 500.  Although the stem is still a carbon fibre version, the handlebar and seatpost on this model are both made from aluminum, although this model has slightly heavier components, the overall weight of this bike still manages to come in at about 10kg, a very decent weight for an aluminum hybrid bike.

Right at the bottom of the Speeder series is the Speeder 300, this is Merida’s entry level fitness bike that is perfect for anyone who wants a decent performing flatbar bike matched with a very decent and affordable price tag.  This model is fitted with components mostly from the Shimano Tiagra 10 speed range, which is also Shimano’s entry level road groupset, however the crank is a compact FSA Omega with 50/34T chainrings and mated to a rear 10 speed 11-28 cassette.  All contact points are also made from aluminum alloy to keep the price tag down but you will still be getting excellent value for your money.es are not only designed and built with born-racers in mind. They are a perfectly suited for the daily commuters like you and I. 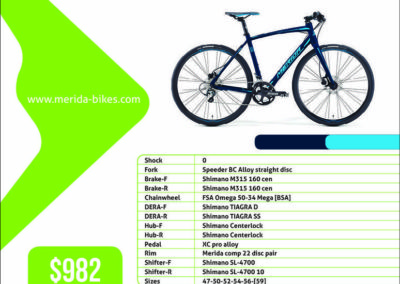 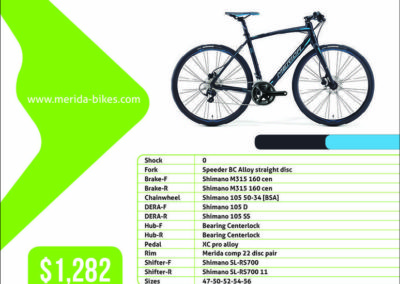 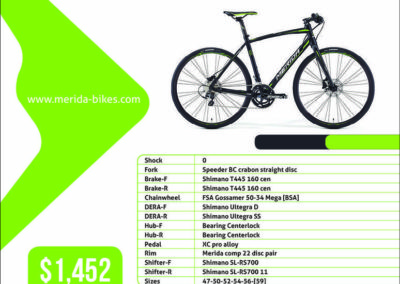 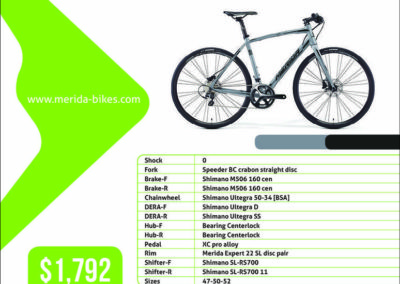 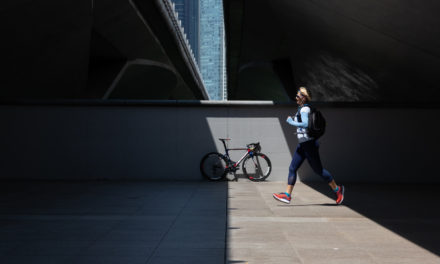 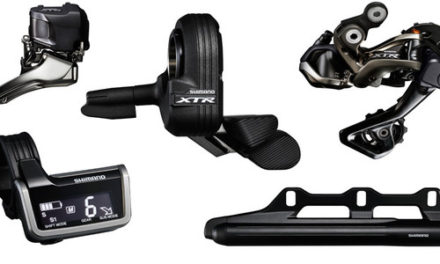 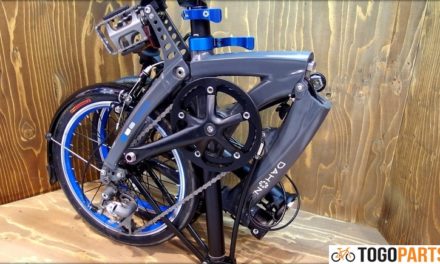 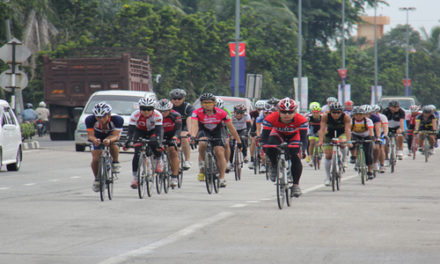