“It has the same might to produce the kind of bikes that are synonymous with performance, quality and aesthetic appeal”

Whilst only a fistful of cycling connoisseurs in the local community know about the brand Guerciotti, the Italian bicycle-maker is a big name in the global road biking arena. Type the word “Guerciotti” in the Google search bar and you will get instantaneous results about this brand from raving reviews to chat forums. In the recent Togoparts Cyclist’s Choice Award, Guerciotti bagged the “Special Mention Award” under the Favourite Road Bike Category, standing alongside podium finishers MERIDA, Specialized and Giant and proving that that it has the same might to produce the kind of bikes that are synonymous with performance, quality and aesthetic appeal.

It is no surprise that Guerciotti is fast becoming known as a manufacturer of high-performance bikes in Singapore. Since its humble beginnings in 1964 by brothers Italo and Palo, Guerciotti has developed itself from a single 20 square metres bike shop into a highly-specialised powerhouse with a global focus in road racing. Discerning road bikers from the baby-boomers era will recollect the glorious days in the mid-1970s where Guerciotti inked a worldwide presence by sponsoring several professional road cycling teams with high-end road bikes. One of the more significant moments was the 5-stages win at the 1979 Giro d’Italia by the Magniflex Fam Cucine cycling team.

Exclusively distributed by Bike X, which is located at the Tampines Sports Hub and nicely positioned in one of Singapore’s most dense cycling networks, Guerciotti bikes are some of the more beautiful rigs that one can ever lay his or her hands on.

Road racing remains as Guerciotti’s dominant strength, even though the Italian company designs and manufactures cross-country mountain bikes as well. At the highest end of Guerciotti’s road-based product spectrum are the models from the Eclipse 64-14 Series. Down the scale, Guerciotti’s widest range of road racing bikes are classically divided into four distinct series: The Eureka Series, the Alero Series, the Cartersio Series and the Diadema Series.

The bikes under the Eclipse Series formed the pinnacle of Guerciotti’s state of cycling technology. Representing the best of what the cycling world has to offer, the carbon frames of the four distinctive models – the CCC Sprandi, the Eclipse-64-14-EC01, the Movistar Team America and the Anniversary – are probably the first of its kind to be built in a single mould. Thanks to the application of vacuum technology, the frame of an Eclipse bike not only exhibits high longitudinal and torsional stiffness, it is highly resistant to chipping too. This effectively translates to instantaneous responsiveness and unparalleled agility.

With a frame that tipped the scales at only 970 grams, describing the Eclipse 64-14 as a featherweight bike is an understatement. The components that made up the Eclipse 64-14 are nothing below world-class standards. Take the orange-themed CCC Sprandi, the official bike for the CCC Sprandi Polkoviche road racing team, for example. The Shimano Dura-Ace 11v Di2 group-set set the bike apart from the rest with its ultra-precise electronic shifting technology. The Ursus Miura TS47 carbon wheels, which are known to be aggressively light and stiff, are paired with Vittoria’s Tubolari Evo cx rubbers to achieve maximum grip and performance on the road in any race.

Don’t underestimate the performance of those in the Eureka, Alero, Cartersio and Diadema Series. Pampered with the same level of attention and detail in every step of the manufacturing process, the two-wheelers that made up Guerciotti’s mainstream fleet are not to be reckoned with.

The Alero Series are Guerciotti’s more popular models with weekend warriors and recreational racers. With an emphasis on sports rather than on racing, the latest Alero S bikes – the “S” stands for “Sport” – from the 2017 version are reworked with a more upright frame to maximise endurance and minimise riding fatigue. Geometry-wise, the new Alero S machines now come with a shorter top-tube and a higher headset .

There are five different Alero S models and each of them is specially made for riders of its specifications. Fitted with the Campagnolo Potenza 11z group-set and the Campagnolo Kamsin wheelset, the Alero S ALS01, which sits on the top of the Alero range, is the ideal rig for riders who demand more speed and performance. At the other end, the Alero S ALS05 is suitable for riders who simply enjoy cycling as a recreation. Installed with Shimano Tiagra derailleurs and shifters and completely redesigned to accommodate the wider 28-millimetres tyres for a more bump-soaking ride, the ALS05 represents itself as an everyday workhorse that will not compromise on riding comfort.

The Eureka Series are, perhaps, the best answer to serious riders who invested a good portion of their awakening time in training for their next race or expedition. Amongst the 11 distinctive models, the Eureka DX50-DX01 is probably the most captivating one. Designed around a aero-profiled frame, the DX50-DX01 uses a rigid frame that is made from a process known as the Full Expanded Polipropilene System (EPS). According to Guerciotti, every frame that is used to make the DX50-DX01 will undergo a series of torque tests to ensure that they remain highly resistant to impact-induced breakage.

Staying at the forefront of technology, the DX50-DX01 applies electronic shifting with the Shimano Dura-Ace Di2 group-set. With a monocoque fork and supported by a pair of Ursus Miura TS37 wheelset, the Selle Italia SLS racing saddle on the DX50-DX01 keeps the rider comfortable.

Fans of Guerciotti bikes will be excited to know that a special-edition Eureka DX50-DX01 – coated with a livery that is specifically for the Singapore market – will be unveiled in April this year. The special-edition Eureka DX50-DX01 will be specced with the same components as the standard DX50-DX01. More details will be revealed once the Singapore-themed model lands on our shores.

Guerciotti is now distributed by BikeX. Visit the store to catch these outstanding designs. 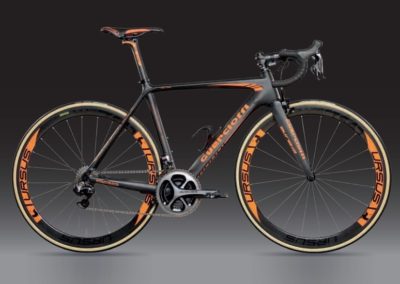 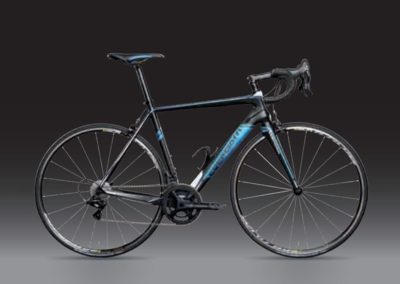 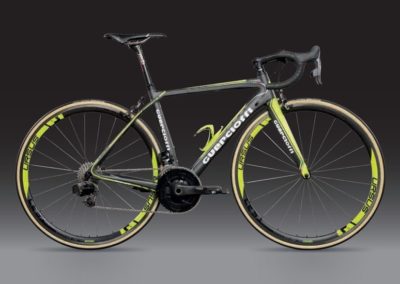 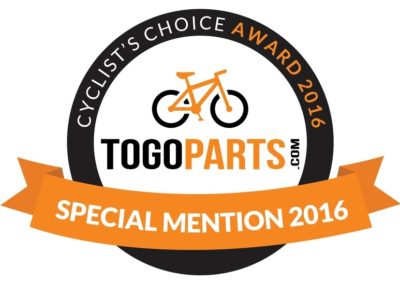 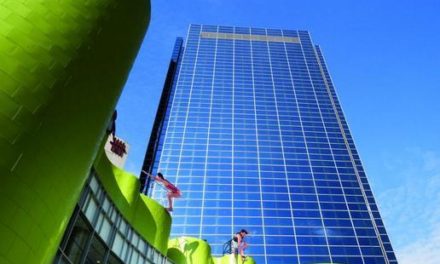 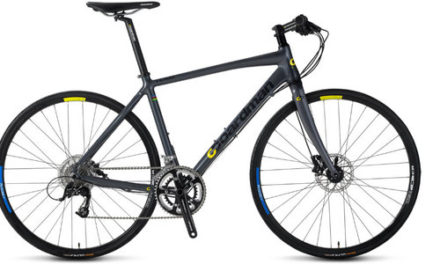 First New Year Resolution for 2015 — Make Cycling a Part of You!