Instead of writing the usual mass ride summary, we bring to for the first time, a personal account of the day’s event!

6.30am
Woke up and (after experiencing the recce ride’s inhumane heat) asked myself, ‘Why?’ Remembered promise made to Radio69, so decided to drag myself out of my comfortable bed and prepare to have my ass sored.

7.00am
Still think the taxi driver was actually Nicholas Tze in disguise. Bladdy speed demon… At least my bike was still in one piece after I reached Changi.

8.00am
After taking down the attendance for the ride, paying togoparts the admin fees and receiving ‘obedience’ stickers for having a weird instrument stuffed into our ears, we finally set off to the boats.

Altogether four boats were needed to get the group of 48 across the straits. Thankfully, no RSN vessels were near us. Many thanks to the Almighty for a smooth and safe ride.

10.00am
The last of the boats finally arrived. Many thanks to Clown for helping me adjust the right pressure to my fork and Eclipse for helping me pump up my tire. Everyone else made final adjustments to their respective bikes while Cannoncal went round looking for a Tiger to kick start his day.

Announcement time as Zishin gave the motley crew his briefs. After that, it was togoparts’ usual introduce-yourself-with-your-nick session. So know we know who Diesease_kelly is? so that is Mitaimak! That bladdy?

10.15am
We are off! Way behind schedule. We hit the roads en route to the start of the trails. Nice comfy ride. Not much scenery though!

Cannoncal and Foezz (I think!) then led the group into the plantation for the Real start of the Mass Ride. Sharon, Diesease_Kelly and me were the sweepers. The ride was a nice introduction to the day’s events, nice and bumpy. Better still, the trees provided ample shade for all of us.

1.30pm
We met up with some rough terrain and Johnson’s female friend got slightly injured. Thanks to Zishin (and more importantly Eclipse – who opened up the bandage wrapper as Zishin got no strength, we suspect he just had a manicure?), she was bandaged in no time.

We were about to continue when we realized Cannoncal played Pied Piper and led the front pack up a hill! We quickly met up with them at the foot of the hill and proceeded to Sebana Cove for a break.

Unfortunately for some, the canteen was closed for the day, so no water replenishments. Unfortunately for one, his soles gave way and had to be held together by plastic tags. He was on Spds some more?

Meanwhile Betty and Le Blanc (Just kidding, forgot his name), our French friends, decided they had enough of cycling and wanted to take the 4pm ferry from Sebana Cove back to Singapore. We would later find out they took naps at the swimming pool, had a massage session and more rest, when we met up with them while buying tickets for the 7pm ferry ride!

We got back on the trails and went through a nice short jungle route. The better riders took an alternative hill-climbing route. On the hill, Mr Green-coloured-Klein-with-front-spynergy-wheels had a punctured tire. The rest waited near the plantation while he had his bike fixed.

A decision was then made for the slower group to travel to town on a shorter but more dangerous route as we were pressing for time. The others hit more open land. I traveled with the slower group.

Before hitting town, we took a short break at a drink stall where I swear it was sugar water he was selling and not sugar cane juice. We met Cannoncal. I think I saw him eyeing a Tiger.

2.40pm
We finally reached Ringgit Town!!! Most of the pack headed for the Jade Seafood restaurant. Colin and Rainsky went across to Mary Brown for lunch instead.

We gobbled down the first few dishes like the speed of a cab appearing suddenly at the stroke of midnight, especially along Orchard Road. Lobsters and Oysters featured heavily on the tables while Cannoncal finally had his Tiger. By then, Kwoky and his pal Li Hao had left the group to catch the last bumboat.

As the majority of the group trooped down to the provision shop to get replenished, Clown, Crankster and some of Bloocow’s mates hopped onto taxis to race back to catch the 4pm ferry at Sebana Cove.

4.00pm
We set off to the second part of our Pengarang adventure. Once again we hit more open land, but this time, the heavens decided to do us a favour as massive clouds shielded us from the sun.

Diesease_Kelly and me decided to lead this time as we (I shamefully admit) wanted to be the first ones to wash our bikes. Strange things happen. Kelly thought he heard somebody (I wonder who) say make a left turn. So he did. I was just behind so I followed. After going downhill all the way, my walkie talkie spoke the most disgusting words to me. It said, ‘Wrong turn la. Come back uphill!’

We reached a Y junction. The majority decided they would rather do the more challenging route back to the Cove. And so we did. However, challenging was an understatement.

The route was paved with at least 10 inches of mud. Everyone got stuck at some point. Most of us couldn’t even see our brakes under the mud. Our shoes were not spared. How Mitaimak made it this far, we also cannot explain.

After passing the ‘technical’ stretch, we sped towards Sebana, our muddied wheels throwing small rocks and gravel at the belly of our bikes, sometimes at our faces too!

We reached ‘the plank’, otherwise known as ‘tubeless lane’ in tribute to Radio69’s busted tubeless tire during the recce ride.

5.45pm
The group then saw the familiar outline of terraces and raced towards them. Once the tap was spotted, a long queue emerged.

We finally bought our ferry tickets and while Flanker hung around everyone else chilled. I swear Flanker needs a more padded pair of tights?

The lucky draw was then conducted. It was suspected to be rigged as Cannoncal was first to receive a prize. Favel, Joseph, Caroline were among the lucky ones.

7.00pm
The ferry left Sebana Cove. Some opted for the comfort of the air-conditioned gallery below while the rest soaked up the Malaysian air on the deck.

Some went back home from the Terminal, others went to Changi Village for dinner and to pick up their cars. Others like me, Sharon, Diesease_Kelly, Cannoncal, Johnson and a few others? We just went to East Coast to langar some young girl. Really! Serious! No joke. Or at least Kelly did.

Here’s the story.
We were riding quite fast (with Cannoncal, what else you expect?) along the bike lane just after the lagoon. Suddenly, this Ah Beng (not me!) rode passed all of us comfortably on a yellow bike that looked suspiciously like one of them motorized bikes. Upon closer inspection, it was an ordinary Urata type. What else? Choing the burger!

After some of us passed the Ah Beng, this young plum girl cycled straight into Kelly. Who you think won? It sure looked funny from behind as I caught the whole incident, but it sure wasn’t funny for the poor young thing. Luckily her father was very understanding. Also thanks to PR Sharon (No, not that kind of PR?) for getting the young girl all plastered up.

The Ah Beng was also not that bad. He came back to see if everything was alright.

Went makan at Macs before heading home to Bishan. 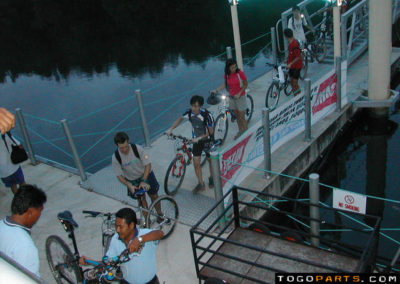 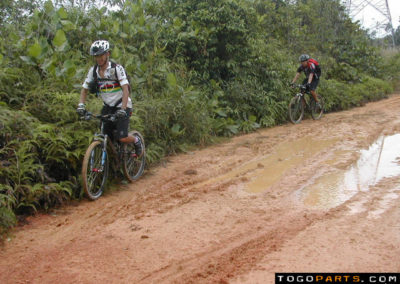 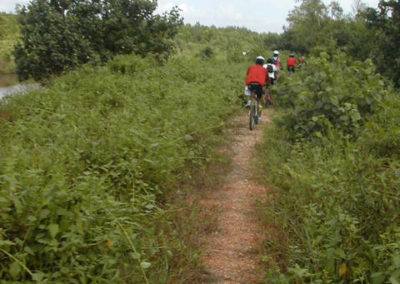 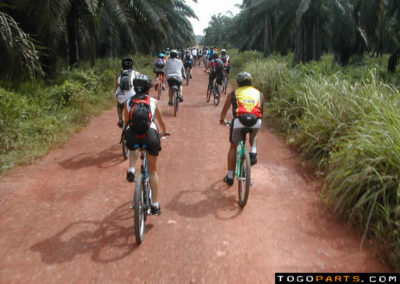 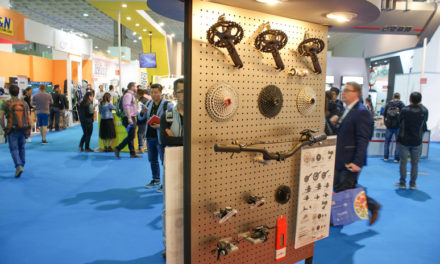 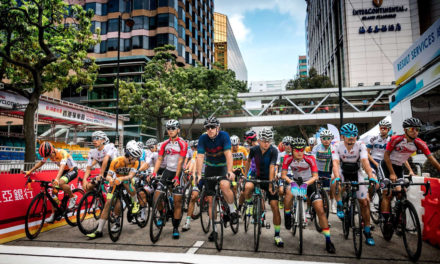 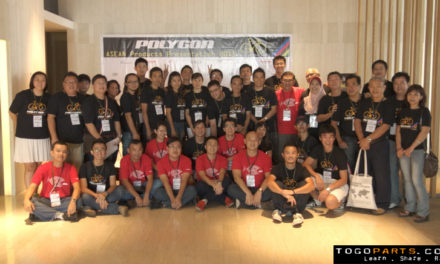 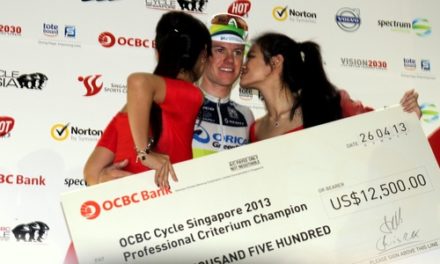