We know about ABS (Anti-lock Braking System) for cars, but ever heard of ABS for bicycles?

The Safe ABS (SABS) Brake System is the world’s first ABS system that is developed specifically for bicycles.

Emergency braking applied while cycling can usually cause riders to skid or lock brakes which may result in serious injuries. This is a common problem faced particularly by road cyclists who are usually travelling at incredibly high speeds where sudden braking can suddenly throw them off their saddle.
Mr Huang Tan Cheng (above), the general manager and inventor of the Safe Anti-lock Braking System (SABS) Brake System is an engineer and avid recreational cyclist who wanted enhanced safety features on the bicycle as he was concerned for the safety of his children who were also riding bicycles regularly.

He began toying with the idea of applying the ABS concept used in cars onto the bicycle. ABS, which is an electronic system that is commonly used in cars and motorbikes, allows the driver to brake safely during wet or slippery conditions by preventing the wheels from locking up and going into uncontrolled skidding mode.

However, there were obvious technical difficulties as cars travel much faster and relied on electronics for the ABS to work. The unique aspect of the SABS Brake System is that it does not require any external electric, hydraulic or pneumatic source for operation. Installation is easy (very much like installing the standard brake shoe) and maintenance is only required when the brake shoe is worn out.

Mr Huang took about 8 years and a couple of million New Taiwan dollars from concept to development.The SABS Brake System for V-brakes was launched in 2010 and this year, a road bike specific model for calliper brakes was unveiled (below).

The SABS Brake System applies and releases 23 times per second at 80km/h. It has a braking distance of 13 feet without skidding, drifting or tumbling with the brake installed only on the front wheel and 12 feet with the same results with both front and rear SABS brakes installed. Rest assured that SABS has passed stringent European safety tests (EN 14766:2005) and local safety tests for both the V-brake and calliper brake models (SGS Taiwan). It also won a Gold Award for the Taipei Cycle d & i awards in 2012, amongst several local and international design and innovation awards.

Check out a short video on the SABS road braking test here:

Find out more about the SABS Brake System for bikes here and if you are keen to get your hands on one, Pharmaticis the local distributor for SABS products. 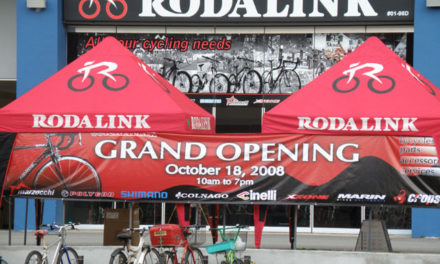 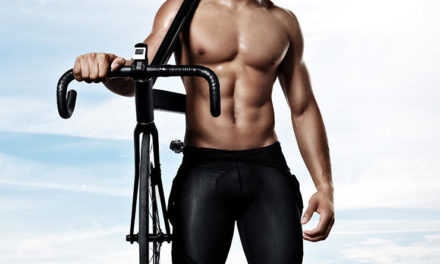 3 Core Strength and Flexibility Exercises Every Cyclist Must Know