When asked about the reason behind the name “Culprit”, founder Joshua Colp mentioned it was his high school nickname, since his surname was Colp and rhymed with the word culprit. Further, since the brand name “Culprit” was not registered globally when he started the company 2 years ago, it was perfect for him to use.

The Croz-Blade features full internal cable routing for both mechanical and electronic shifting systems but the most noteworthy characteristic of the bike is the ability to run both hydraulic/mechanical disc and standard brakes. This is achieved via the use of adaptors which changes the rear wheel spacing to 135mm when running disc brakes and 130mm when running standard rim brakes. However, the rim brakes for the Croz-blade are a special collaboration with TRP (called the TTV), with the front brake ‘hidden’ at the back of the front fork and rear brake located behind the bottom bracket junction.
Yet another fascinating product at the Culprit booth is the newly unveiled Legend triathlon bike, the first disc brake triathlon bike in the world and comes sans seat-stays for added rider comfort without compromising on stiffness.  A special feature is a cockpit system (stem and aerobar combo) that is co-designed with Trigon. And yes, the rider will have the option of running disc brakes or standard brakes with the use of adaptors, similar to that of the Croz-Blade.
Going the ‘Disc-tance’
One of the reasons Joshua is a strong believer in disc brakes for road and triathlon bikes is safety. His experience as an avid triathlete and the less than desired braking performance of carbon wheels made him realize discs are the way to go. In addition, riding in rainy or wet conditions also compromises the braking consistency of conventional rim-brake wheels. He feels that now is the right time to venture into disc brakes for road and triathlon bikes. 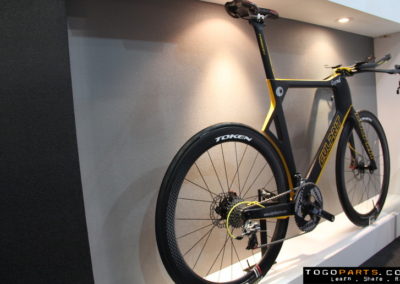 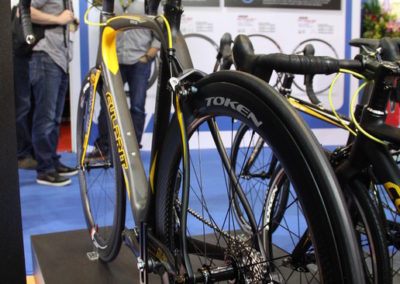 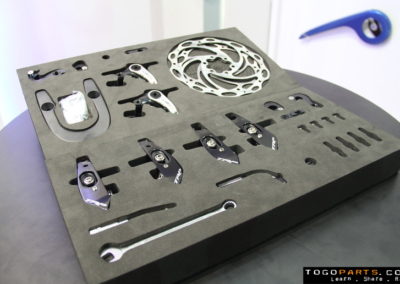 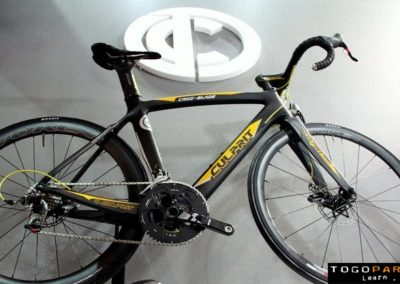 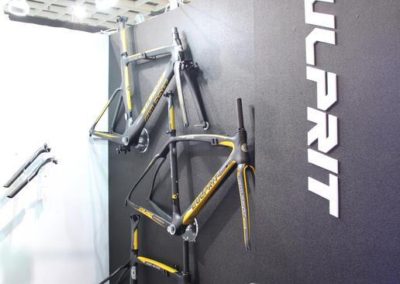 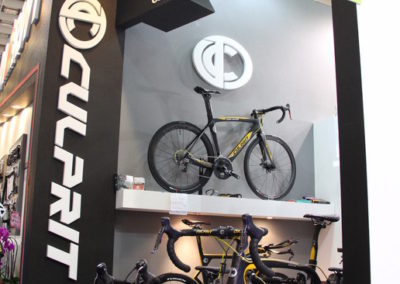 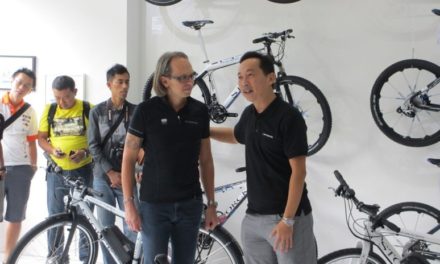 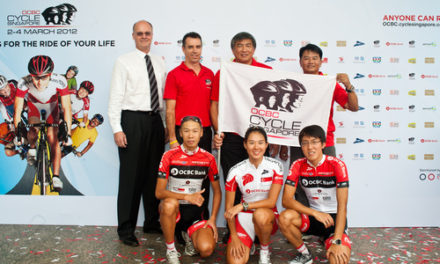 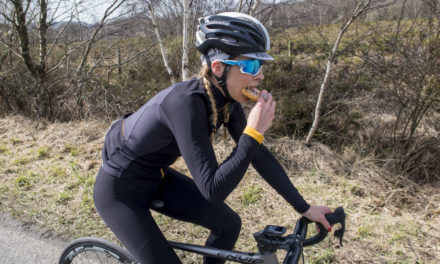 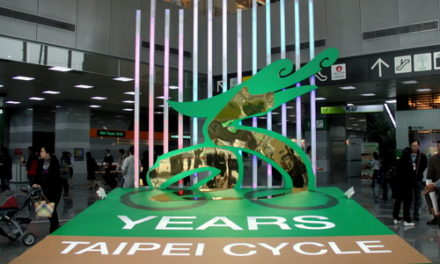