We take a look at some of the cool stuff we came across at Day 1 of Taipei Cycle 2012.

HEGGset
The headset is one of the most important things on a bike, yet it is often overlooked. Headset styling has also seen a change in recent years with most headtubes now preferring integrated versions compared to the threadless, exposed option more common in the past.

Token’s new HEGGset is a work of art that is essentially two headsets in one! Constructed of CNC alloy and their proven sealed bearings, this is where practicality meets bling. Simply slap on the entire set on a threadless headtube, or if your bike calls for an integrated option, remove the two cups and you’re good to go!

Still, Token’s introduction of the updated QT55 Quad carbon tubulars will turn heads any day of the week. The rims are 55mm sections, and that is where the normality ends. Four curvaceous arms hold the wheelset in place and Japanese EZO hubs keeps the spin going. No seriously, the spokes are CURVY. At a claimed 1765g a pair, it’s not exactly the lightest things around, but you get about one thousand two hundred points added for street-cred.

K1
I’m sure you’ve come across the iconic Skully light by now. You might have thought it was a cool idea, but the novelty would soon be over. Wrong. Skully proves it is here to stay as they launched the K1, an update on the classic skull light the world saw a few years back.
The K1 is a slightly differently-shaped skull, with features worthy of mention. Two bright LED bulbs still shine from the eye sockets, but a closer reveals a tiny dot between the bulbs that lets you know when the batteries are low. This then calls for a recharge, which is done conveniently via a USB cable, with each charge lasting up to 36 hours of usage.

K2
If you thought the K1 was cool, Skully throws you off with a curveball. In addition to USB charging, a solar panel is added for a more ecological option. Though this skull is noticeably up-sized compared to its siblings, it houses a stronger battery, which lasts up to 150 hours.

The K2’s mouth also sports a headlight, which passes the StV2022, TA23 regulation. In English, this means the light is wide and the brightness even. This skull is also rainproof and comes in nine bubble gum hues.

These guys are based in Santa Crus California and they specialise in chainrings manufactured though a process called cold forging.

LevaTime
The LevaTime shifting technology is meant to make shifting crisp and precise through well-engineered lines on Praxis Works’ chainrings. Shift elevators (the odd grooves you find behind your chainring) are designed to work with ramps of the inner chainring. This controls chain movement and avoids any jams.

Cold Forged
Cold forging is a process where an extremely high pressured stamp hammers aluminium in a ‘one shot’ motion. Unlike CNC machining, this means that the chainring’s teeth are defined and that the grain structure of the aluminium is retained and aligned. Think wood-grain.

This ultimately makes it stronger and more precise, letting the rider shift smoother under a high load.

It isn’t entirely impossible to recreate this with CNC machining, but the attention to detail needed would also mean a higher cost.

Innova Tires
Love your country too much? We spotted the most patriotic tires we’ve ever come across.

Tange
Some outrageous frame designs from the Japanese maestros of steel.

KCNC
Anodised aluminium bits in every colour of the rainbow. Bike candy indeed.

Sobdeall
All the leathery goodness could almost make a grown man buy one of their bike purses. Almost. 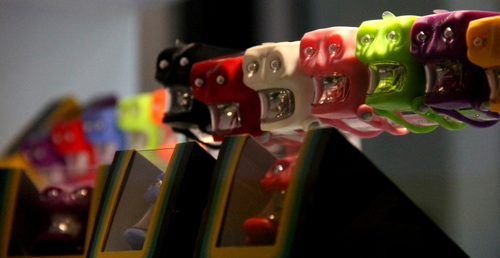 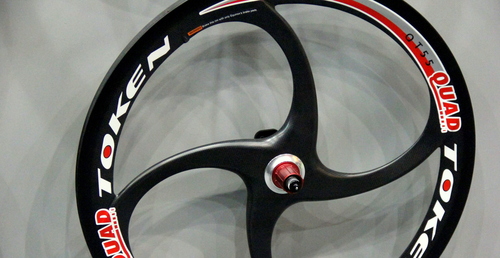 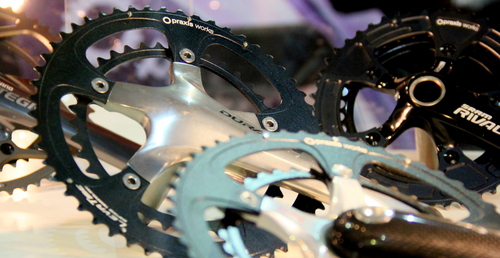 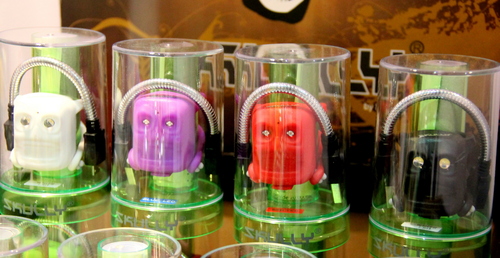 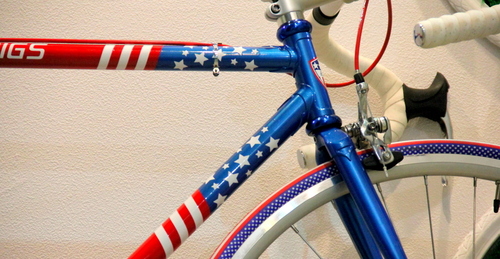 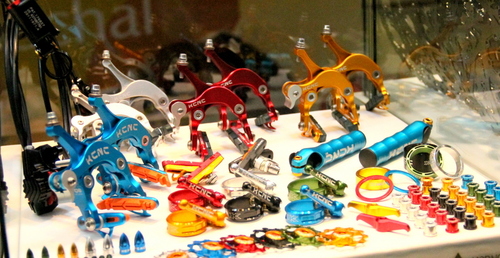 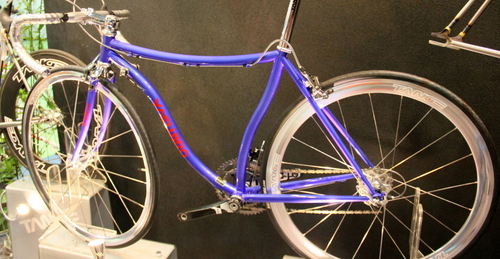 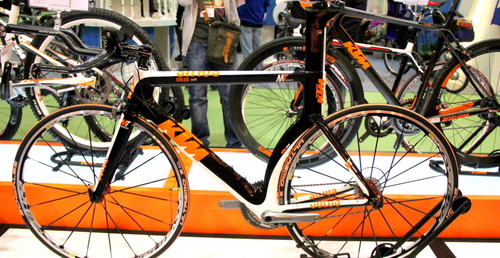 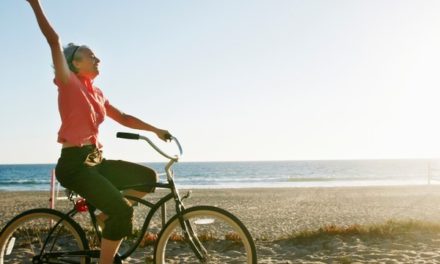 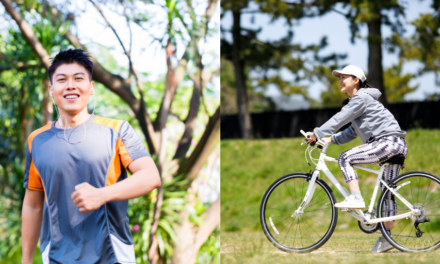 To Cycle or to Run?