The Sabah Adventure Challenge 2002 is a three day adventure race based in Sabah Malaysia (Borneo) which has teams of two competitors racing from dawn to dusk over a series of disciplines. These include mountain biking, jungle trekking river tubing, bamboo rafting and sea kayaking.

80 teams lined for the start of this years Sabah Adventure Challenge. 45 of these were international teams from Australia, Britain, USA and across Asia. Three days later after many long hard arduos miles of racing just 36 teams managed to finish. Unusually hot humid conditions and the low water levels in the rivers took a severe toll on the teams competing.

As a result of the drought the race organisers had to change the course radically to accommodate the severe weather conditions.

The race started at the Mesilau Resort at the base of Mt. Kinabalu, the highest mountain in South east Asia. The race started with teams jungle running up to the half way point of the mountain through lush jungle vegetation where temperatures drop to some 10 degrees Celsius.

From this point they ran down the mountain trail to the bike transition. This section involved a hectic 30km mountain bike section with steep descents down rugged off road trails. Competitors were achieving speeds of up to 60km per hour as they rushed down these slopes to the next transition points. Several riders fell heavily causing themselves injuries that were to dog them for the remainder of the race.

At the third transition teams then went onto a river running section that was to last five hours for some teams. Many teams emerged out of these wild sections in the dark hungry and exhausted. Nine teams failed to complete this section and had to be driven to base camp by 4×4 vehicles.

The next morning at 7.30am teams were off again on a three hours jungle run up steep jungle clad mountain ranges. Again by 9.00 am the temperatures were soaring to some 33 degrees Celsius. This was a navigation section and it caused problems for those teams without a good measure of map reading skills.

Teams then went into a 7 km tyre tubing section down a boney dry river and had to then go into a bamboo rafting section on the same river. Before they could do this though they had to build their own rafts from bamboo, a challenge for the uninitiated.

After the rafting section, teams then entered a 35 km mountain bike section. Many teams again found themselves in the dark but at least they were no longer having to compete with the merciless sun. Once this was completed teams were able to rest overnight at Camp 2.

The next morning at day three teams were once again underway bright and early with a 3km run up a savage hill climb. This was followed a steep and furious descent on mountain bikes down the ranges into Kota Kinabalu. On surviving this, teams then entered the last phase of the race with a 25 km kayak leg around the off shore islands of Kota Kinabalu into Sutera Harbour Resort for the finish.

It was a tough race demanding tremendous will power to keep going. But for those teams that finished a great sense of satisfaction and pride was felt. All teams including those that failed to finish are determined to return next year. All were full of praise for the organisation of the event.

During each of the three days, despite the presence of some very good international teams, it was the local Sabah teams that dominated the race. This is the third year in a row local teams have filled the first three places demonstrating just how fit some of the these teams are.

A special feature of the race is the adventure category that loows novice teams and those racers who are not so fit to compete over a shorter course. Many team opted for this category in the end, but all achieved a tremendous sense of achievement in racing in it.

With 80 teams this year, many from overseas, the race organisers are confident that next years race could attract some 120 teams. An aggressive advertising campaign is planned across Asia. For more details check: www.sabahadventurechallenge.com 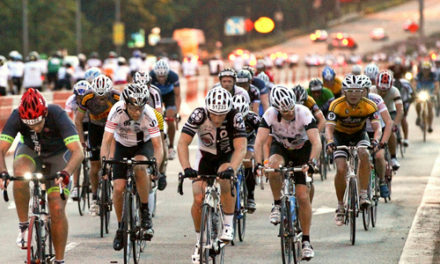 THOUSANDS ENJOY THE ‘RIDE OF THEIR LIFE’ 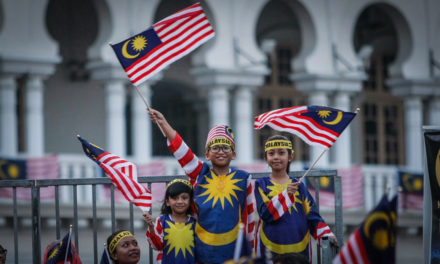 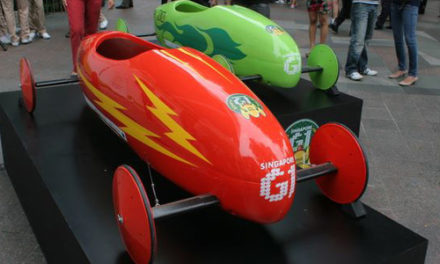