This was the second instalment of Ro-Roll-Kidul Goldsprint 2, held in conjuction with Youth Fest 2011 at The Esplanade over the weekend, 12th to 14th August. The three day event, organised by Tales From The Crit, saw much traffic and it was a welcoming eye-opener for passers-by and cyclists alike.

For the uninitiated, Goldsprint involves two fixed gear bikes mounted a roller each, where riders go one-on-one with his or her challenger in a 400m sprint. Elimination is through a knock-out system, and the winner of the duel advances to the next round, round-robin style. This continues until only two are left, thus entering the finals.

Held every evening from Friday through Sunday, with the actual ‘race day’ being Saturday, the atmosphere was electric throughout. Partners and sponsors such as Peon FX, Airwalk Singapore and Life Cycle complimented each other perfectly to make the Goldsprint stage one of the most popular. With live graffiti demonstrations, art exhibitions, hip-hop acts, dance face-offs and DJ Ddrrff on hand spinning beats all night, it was the furthest thing from your typical bike race at Changi Coast Road. No skin-suits or spandex, no energy gels or hydration points, not even helmets or dedicated footwear were required for this race. All you had to bring with along were a pair of legs and a good spirit.

The event was open to all and registration was free, which saw more than a few sporting passers-by giving a go at winning an Airwalk bike. Those not wanting to compete were also given a chance to experience riding a fixie on rollers.

Participants included riders from Malaysia, Thailand and Indonesia, with the youngest entrant being a 15 year old girl, who made it halfway through the competition before falling short.

After three hours of sprints, the 40-strong field made way for the fastest and it was finally down to the final two. Faz Adhili went head-on with Leon Lim, where both riders went all out in a battle against the clock.

Despite putting up a good fight, Leon walked away runner-up, receiving a Limar Helmet courtesy of Life Cycle while champion Faz gladly took a complete Airwalk AirTrack home, sponsored by Airwalk Singapore. Faz also clocked the fastest timing of the night with 7.777 seconds and rightfully took ownership of the throne, after Muhd Gaffari beat him in the previous instalment’s semi-final round. To round up the night, as if all that madness wasn’t enough, the boys and girls convened for a spot of bike polo at a nearby park.

All in all, Ro-Roll-Kidul Goldsprint 2 was a clearly a success. It opened many eyes to the colourful and vibrant fixie community in Singapore and the region. Should you see a group of them cycling around town, do give them a holler and they’ll be glad to introduce you to the sport. It is, at the end of the day, about good clean fun after all! 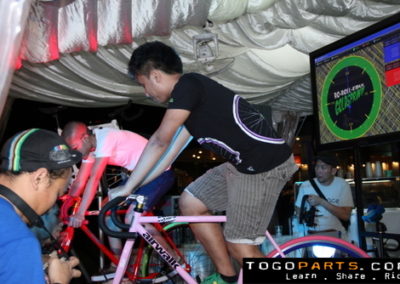 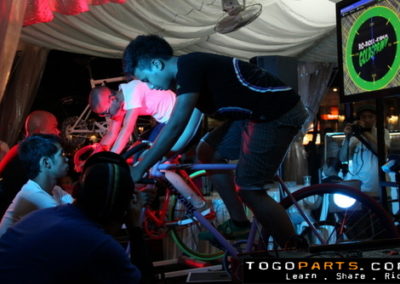 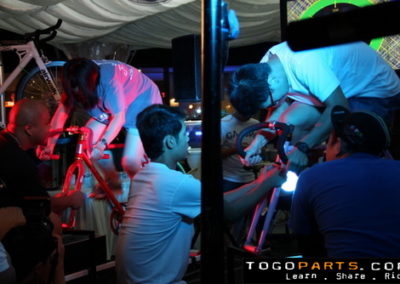 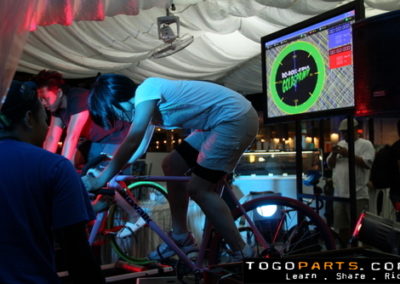 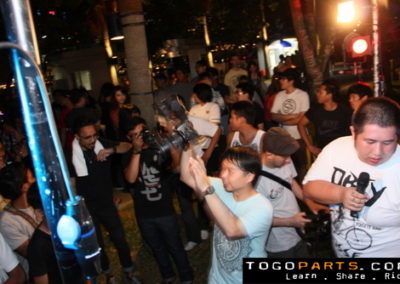 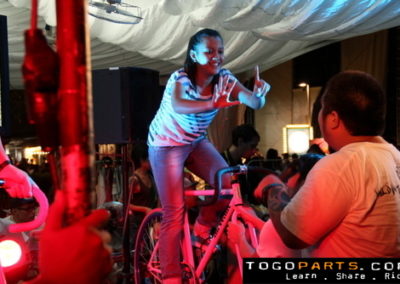 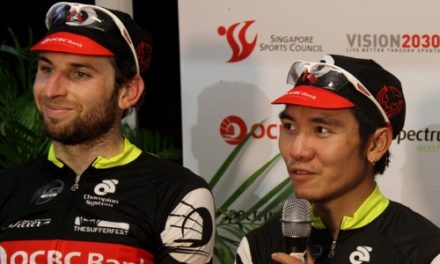