Wednesday marked the official launch of OCBC Cycle Singapore 2012, the fourth edition of the annual event, which will take place from 2nd to 4th March 2012. Organised by Spectrum Worldwide, next year’s event looks set to bring more excitement than ever, with new routes and additional enhancements.

Thanks to useful feedback from previous years’ events’ participants, two new categories will be implemented this coming March. The Super Challenge is a new ride open to 1500 riders who are looking for a longer distance and a more demanding challenge. This is the longest distance in the event with a route that will bring riders through Marina Bay Sands, the CBD and throughout East Coast Parkway, similar to The Challenge’s route with the exception of loops along East Coast. The Junior Challenge is the other new addition, catered for aspiring 10 to 12-year-olds. This unique category, which is a thirty-minute race around the F1 Pit Building, could work as a platform to discover young talents in the field of cycling in Singapore.

2 March, Friday
Unlike previous years, the Men’s Open, Women’s, Masters’ and Professional Criterium races will take place on Friday evening instead of Saturday. This is to give the more enthusiastic riders a chance to catch all the action and still have enough rest on Saturday before their Challenge or Super Challenge ride on Sunday morning. The Professional Criterium race will again be televised across the Asia Pacific region. Joining the OCBC Singapore Cycling Team are international cyclists from teams like Rapha Condor Sharp, GreenEDGE and Champion System, with even more in the pipeline.

3 March, Saturday
It’s all about the kids! No one is too young to join the OCBC Cycle Singapore, with the 100m Tricycle Ride for toddlers not quite ready for two wheels. The Mighty Savers Kids Ride caters to two age groups; 5-7 years and 8-9 years. And The Junior Challenge is for older kids to blaze the tracks within a thirty minute time limit. The Carnival-like atmosphere should be perfect for some family time and good fun.

4 March, Sunday
The Super Challenge is introduced, following feedback from past participants who felt the distances offered previously could have be more challenging with a longer distance. As a result, the distance has been changed from 40km to 61km, with no restricted entry criteria. The Challenge continues, but with a slightly altered route from this year’s, with a distance of 39km. A leisurely 19km Community Ride will also take place for those in it simply to soak in the atmosphere.

Early bird registration opened on Wednesday afternoon at the OCBC Chulia Street Branch and the numbers that turned up despite threatening skies proves that the event continues to be ever popular..

OCBC Back continues to show strong support for 2012’s event. Mr David Conner, Chief Executive Officer of OCBC Bank said, “Both the cycling community and the general public have enthusiastically embraced OCBC Cycle Singapore over the past three years, so we are excited about the prospects for the event in 2012.” 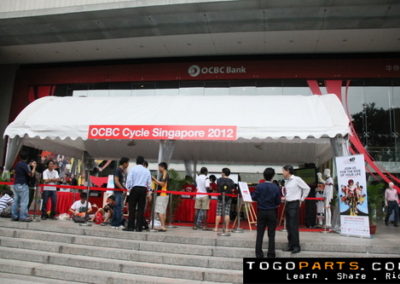 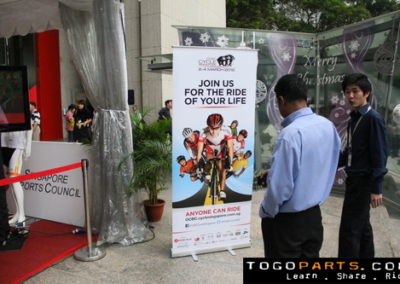 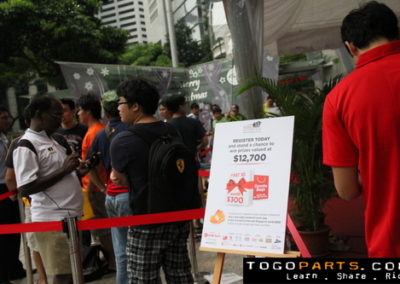 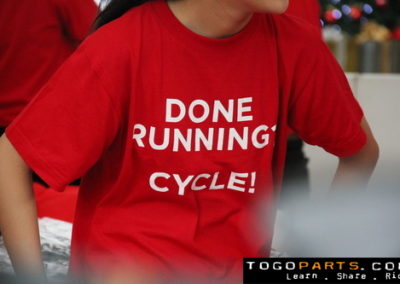 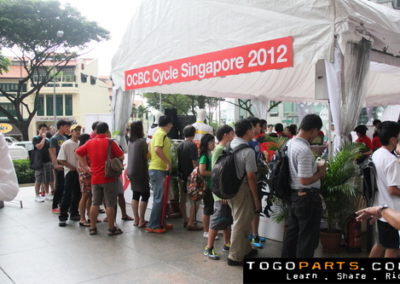 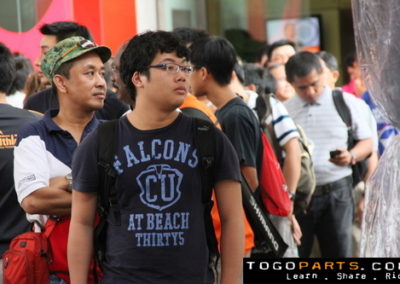 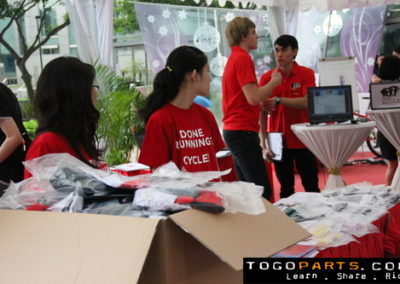 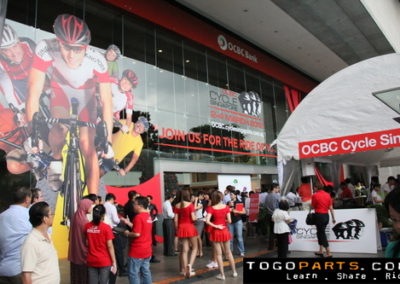 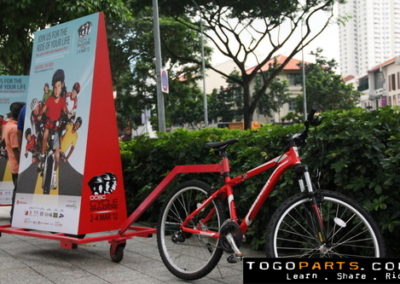 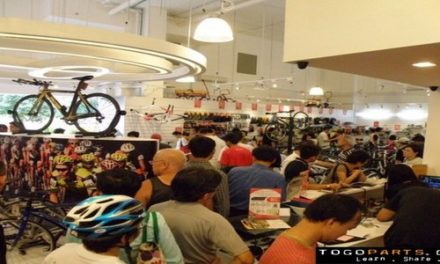 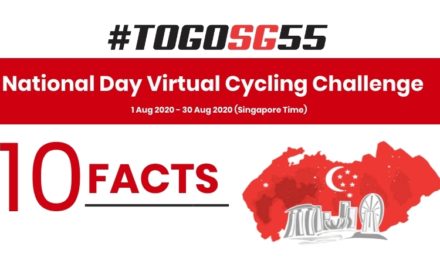 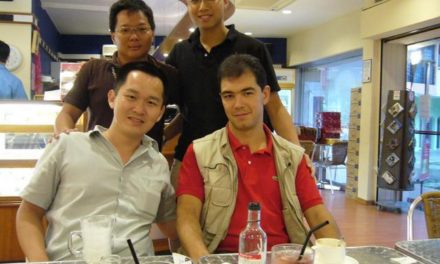 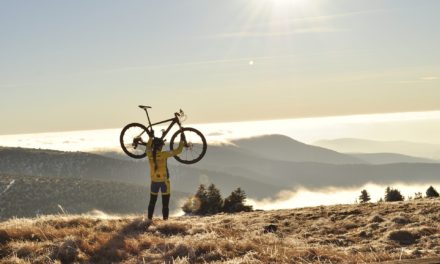 5 awesome bike routes around the world