The longest bike lane in Asia will be built in Thailand, extending over 184 kilometres long and crossing five Central Plains provinces.

Soithip Traisith, transport permanent secretary of Thailand said that the government has asked the Transport Ministry to construct this 1.5 billion baht route from Pathum Thani to Chai Nat via Ayutthaya.

The starting point of this track will be located at Thammasat University in Pathum Thani, and be made of rubber and asphalt.

This three-year-long construction is a tribute to the King of Thailand for his 88th birthday this year, and is a part of the programme “Return Happiness to Thais” organised by the Thai government. It also aims to promote healthy lifestyles and a love for physical activity through cycling, added Ms Soithip.

Construction will begin next year and should finish by 2017, where it will be open for public use.

The track has been engineered with safety in mind as well, including rest spots every 5-10km for bicycles and 15-20km for motorists. It will be three metres wide when completed. 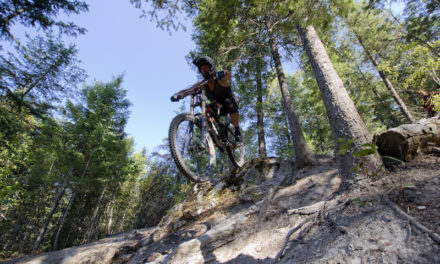 Safest Bike in the World?