We spoke with Clifford Lee, one of the main driving force behind the Epic Ride series before he and a small group of riders embarked on a 1000km charity ride for the Kidney Dialysis Foundation.

Can you please share with us more about the KDF Epic Ride?

In 2012 a group of cyclists, led by me rode from Singapore to Malacca, a distance of 500km, and raised S$18,000 for charity. The success of this ride inspired these enthusiastic cyclists to pursue and expand their hobby to not only engage fellow cyclists, but also at the same time continue to raise funds for the less fortunate in our community.

In 2013, with the goal of raising funds for a nursing home for dementia patients, the event was expanded to a challenging 850km distance in four days, cycling from Penang to Singapore. Taking place in January 2013, the ride raised S$170,000 in donations, which was matched dollar for dollar by the Community Silver Trust Fund, by the Agency for Integrated Care, AIC.

These epic rides were created not only as a means to raise funds for a good cause, but also as a challenge to its participants. Riding long hours each day in our hot climate takes teamwork and creates deep friendships as well as a personal sense of achievement. Every cyclist who has participated in these rides is proud to have gone that extra mile to help others in need, and is an Epic Cyclist.

For 2014, the Epic Cyclist intends to continue their charity work to raise awareness about the disadvantaged and contribute to our community. The challenge for 2014 will be more daunting – a different, longer route that will cross much of scenic Malaysia. It will be a true Epic Ride.

Last year, the group adopted the Apex Nursing Home as its charity recipient. Why was KDF chosen this year?

The Kidney Dialysis Foundation Limited (KDF) is a non-profit charitable organisation, established in February 1996 and is an approved Institute of Public Character. The patients of KDF are made up of the lowest income group and hold blue-collar jobs such as cleaners, hawker assistants, store assistants, etc.

KDF was chosen, as we believe that smaller scale VWOs who provide charitable services to the community, should be given a hand in fund-raising as well, and not be forgotten or out-shined by similar bigger VWOs. Awareness and support should be created equally and similarly, the beneficiaries should not be forgotten.

What is the fund target this year?

1,000km in 4 days isn’t for the faint-hearted. How have the participants been preparing for the event?

We have had several trial rides of 500km each, for interested cyclists to put themselves to the test to see if they are up for it. So far, prior to this coming Epic Ride that is about to happen in February 25 – 28 2014, there have been 3 trial rides to date. Already, 500km in 2 days is not an easy ride to take up. Many of them did their part to train for the trials on their own. I am proud to say that, with such commitment and perseverance, a good majority was able to qualify for the 1000km ride for KDF. Their enduring spirit did not die after the trials. In fact, friendship and bonds were made, and it is very heart warming to know that they even get together on their own time, to train for the upcoming 1000km ride, aside from just merely raising funds.

All of us have 1 common goal, and that is to benefit the needy under KDF. The qualified Epic Cyclists all feel a sense of belonging and ownership to this cause, and we are a very closely knitted group, albeit coming from many different cycling groups and teams. Each one of us has realized, even only having went through the trials before, that teamwork is very crucial, and without it, not many would have succeeded.

This is after all, not a race. It is about endurance and having the right attitude. 1000km in a span of 4 days indeed is not for the faint-hearted. But with such good relationships and spirit thus far, I am certain, everyone would enjoy the ride, and be able to feel the sense of achievement after completing the ride.

Schwalbe is a tyre sponsor for this year’s Epic Ride. Can you please share with us in detail about the sponsorship?

Schwalbe is sponsoring more than S$11,000 worth of tires with each cyclist given 3 pieces. These will be their top of the line Schwalbe One and Ultremo DD tires in both tubular and clinchers.

Proprius Medical Pte Ltd will sponsor each cyclist a pair of CEP compression socks. Integrated Riding will be sponsoring free tune-ups and also a ride mechanic for the 4-day event. New Leaf community Media Solutions is the Official Media for the KDF Millennium Ride 2014.

Are there plans to ride beyond Malaysia for future Epic Rides?

There might be plans. Everyone who is part of the Epic Cyclist Team to date would be able to give his or her inputs for future rides. As mentioned earlier, everyone of us feel a sense of ownership to a common goal of riding for a good cause. 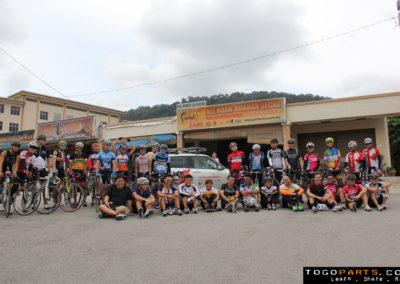 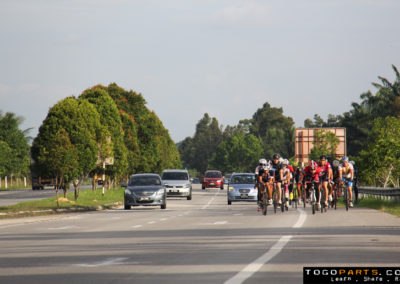 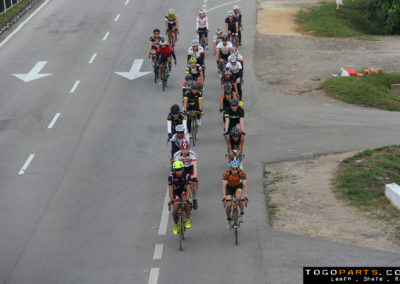 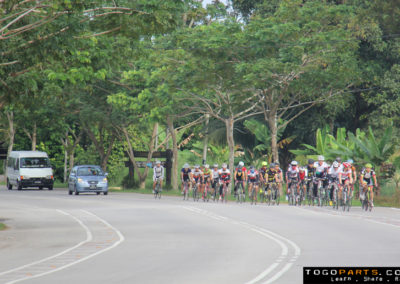 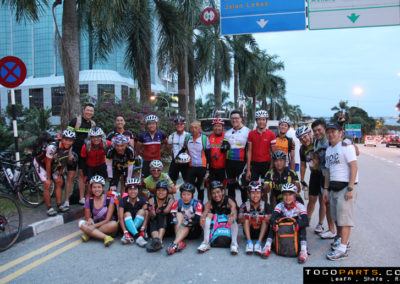 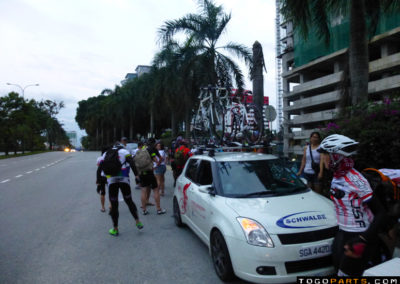 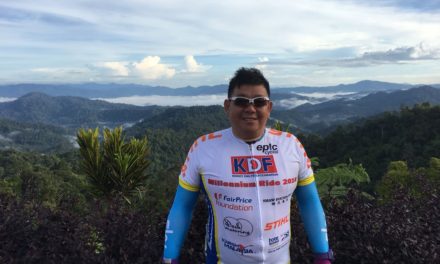 Interview with Ivan Yeo: The Story of a Cyclist Turned Trails Conqueror 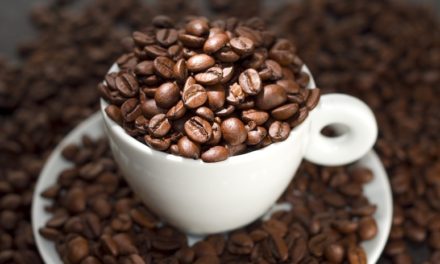 Bounce Back After Bonking! 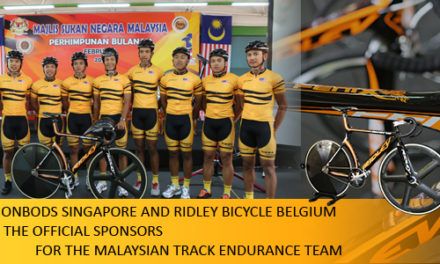