Tribulations in the Tambunan: a Sabah Adventure Challenge racer’s account

Imagine an outdoor sporting competition that takes place annually in the rural heart of Malaysian Borneo. Imagine racers being thrown off-guard and realizing they have bitten off more than they could chew. Imagine a challenging combination of harsh but beautiful terrain and unrelenting tropical heat. Imagine all of the above tempered with determination, camaraderie, and the spirit of adventure racing aplenty… and you might be imagining the Sabah Adventure Challenge (SAC).

Grace Chan and myself, both of us Singaporean citizens, joined the 2010 edition of SAC with the intent of seeing how well we would fare in the Extreme category (there is also a shorter Adventure category) mixed pairs competition – not so much against other  teams, but as a personal challenge unto ourselves. The beautiful east Malaysian state of Sabah was obliging in helping us achieve our objective with the following features. Hills are a given; logging roads are pebble-strewn and loose; singletrack through jungles and agricultural plots that are permanently damp, slippery, mud and leaf-strewn quagmires; deceptively docile rivers turn into raging torrents upon the  deluge of a tropical downpour.

And the heat – unrelenting in both the shaded undergrowth and on the open roads – compounded by stifling humidity throughout the day, simply cannot be escaped from.

The design of the SAC allows racers to ‘downgrade’ from ‘Extreme’ to ‘Adventure’ categories. Such is the challenge imposed by the Extreme route (some 120kms in distance over the three days) that it is not uncommon for a good fraction of the Extreme teams to switch to the Adventure category at the end of the first stage, if not at some point mid-way of it. The SAC is primarily a trail running and mountain biking race. Some years have included kayaking, river tubing, and the odd abseil. Each day’s stage varies in length, with the second day being the longest typically, and the third and final day the shortest.

The demands of the race are not new: SAC has been running for some 12 years now, and its reputation as a tough race has been all but cemented in the regional AR calender and off-road endurance sporting circles. At Tambunan Village Resort Center (TVRC), headquarters for the SAC over the Easter weekend, post-dinner race briefings – delivered by SAC director Aman Avtar Sandhu and his team – would preceded the start of each stage. Warnings, advice, and course-specific answers to frequently asked questions would be addressed at each briefing, but it would not necessarily assuage the concerns of participants.

Nothing like the smell of hot brakes in the morning

The first briefing plainly stated that teams were to get ready for a 3am race start. ‘The witching hour’ between midnight and sunrise is a disorienting time to be starting any endurance event, particularly one as technically demanding as Day One of the SAC. Racers had to contend with a trail run on buffalo tracks lining a swift-flowing river in the pre-dawn darkness. There were countless slippery, algae-covered rocks, and Grace rolled her left ankle three times (causing it to swell substantially by the end of this stage). We found our way to the first CP without too much trouble under the light of our headlamps. As dawn broke, we slogged on mostly uphill to get to transition, passing through mist-shrouded cleared land and stands of thick jungle.

Once on the bikes, I quickly learnt in no uncertain terms that as far as the local infrastructure goes, Sabahans do not believe in switchbacks. The first significant downhill of this first bike ride alone had me braking so much that I could smell the pungent, metallic scent of hot brake pads at the end of the descent.  For ascents, some were so steep and loose with gravel that we had to get off our bikes and just push them uphill on foot. It was a familiar drill which was to be repeated several times over the remaining two days. A sizeable rock, kicked up by my front tire on one of the descents, actually smashed into my left shin, causing me to unclip in shock from the pain and the whole bike to start wobbling at high speed. Thankfully no crash happened and i was able to nurse my aching leg to the next transition.

A brief river scrambling section allowed us to cool of from the exertions on the bike (and to lessen the swelling on my shin), but upon returning to transition, we found the saddle of Grace’s bike had come clean off the rails. More amused than dismayed, we found a use for the emergency wad of duct tape in our first aid kit: it kept the saddle attached for the last bike ride back to TVRC. Back at camp more tape (the sports strapping kind) was applied to Grace’s ankle, in preparation for the two racing days still to come. 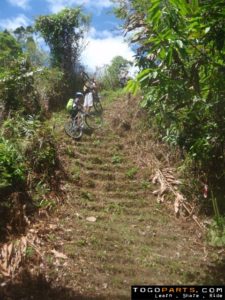 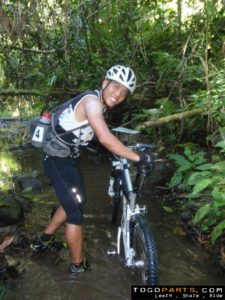 Day Two would be an epic day out. A longish ride – including a section of hike-a-bike along a narrow jungle stream; followed by river tubing and running; hopping back on the bikes; and finally a team biathlon (where a team of two shares one bike)to finish off. River tubing (performed on inflated truck tire inner tubes) proved to be the highlight of the day – an enjoyable ride navigating pebble races, rocky chutes and bluffs, and occasionally wading and running where it was too shallow to float. It was a long section at more than two hours duration, and at the end of it, we had to run back upstream the way we came, criss-crossing the river several times and navigating cliffed-out sections, deadfalls, and stands of bamboo. Needless to say, our shoes were filled with all manner of debris – small twigs, sand and pebbles  – from the constant scrambling, wading, and crawling through the jungle. Glad that we had finished another leg on this longest day, we took the bike section that followed as a bit of a breather. The heavens opened up with a brief shower, providing further respite from the mid-day heat.

The crux, however, was the team biathlon. While Adventure category competitors biked the 16km back to TVRC, Extreme participants had to share one bike per team of two, each member alternating between running and riding in order to cover ground as fast as possible while sticking together. But to get to the start of the section proper, everyone had to climb up what Avtar affectionately named ‘Hamburger Hill’. Grace and I navigated through a small village and came up to the base of said slope… and I just stopped in my tracks and muttered: “O…M..G….”. A wall of earth – grassy, muddy, and impossibly steep – all participants had to climb some 200 metres in elevation. The rain, which had provided much-needed relief barely 15 minutes before, was now our nemesis, making sections of the climb slippery to the point that a single wrong step uphill could lead to a long slide two or more steps downhill. I ended up using my bike as a sort of ice ax and kick-stepping into the steepest muddy sections to gain traction. Further along, Grace got in front of me and pulled on the towline attached to my seatpost while I manhandled our bike the best I could skywards for what seemed like an eternity. I ended the ordeal at the CP on top gasping for breath and doubled over the bike and – as the handful of officials and villagers there watched – swore some choice unprintables at Avtar and his assistant race director Klaus (both of whom were not present).

The remainder of the team biathlon remains a blur to me. The sun had returned after the rain, and it was hot as ever. The one thing I could remember most was shouting, in an almost pleading voice to Grace as she pedaled the bike – seemingly further and further away: “DROP THE BIKE!” as I shuffled up another uphill dirt road. Thankfully, she heeded my call and I could catch my breath once more as soon as I hopped into the saddle. Thus we ‘leap-frogged’ our way back to the finish – TVRC was such a welcome sight at the end of that leg.

Our third and final day did not start smoothly. A short, but lung-busting jungle and road run out the back of TVRC caught Grace unawares and she had a bout of hyperventilation. Slowed for a few minutes to a strolling pace, I told Grace not to be dismayed. A bit of a walk later, she had caught her breath sufficiently to proceed at a slow jog along the undulating tar road back to transition where the start of the bike rogaine section was.

The bike was where we had our work cut out for us, and where we would have to pull off a smooth route progression to make it back within the 1pm time limit. 21 checkpoints were scattered across the river valley – on village roads, bridges, gravel paths, ‘Indiana Jones-esque’ swinging bridges, and the like – of which we had to find 16. We got a real close-up view of village life in the Tambunan on this day, with people dressed up and ‘about town’ for the day’s Easter Sunday celebrations in this predominantly Christian locality. Incongruent with the festivities were us and our SAC cohorts, sweating buckets, pushing the pace on our bikes and trying to navigate the village roads. The sun was at its worst on this day: clear blue skies and baking hot gravel and tar roads that reflected the sun’s warmth back in our faces as we hunched over our bikes and pedaled – or walked – up and down slopes.

We finished the section with all the targeted CPs visited, and just a single penalty for not looking hard enough for a CP (it WAS there, but a fatigue-addled mind can do silly things when time is at a premium… still, we should have looked harder). We made it as third across the line for that day, with a substantial boost in our overall position.

The SAC was, is, and (we hope) will continue to be such a satisfying epic event, not only to commit to and undertake, but to see through till the end of the last day. The glad faces of fellow competitors at the finish line indicated a certain satisfaction that the ordeal had come to an end and that everyone was worthy of a pat on the back and congratulations for toughing it out on such a varied, challenging, and scenic course in a tropical equatorial environment. Grace and myself finished up fifth overall in the Extreme standings and were runner-up Mixed Team, and thoroughly enjoyed our experience meeting new friends, facing the challenges of the course together, and gaining a wealth of stories of our ‘active holiday’ with which we could regale our friends upon our return to Singapore. 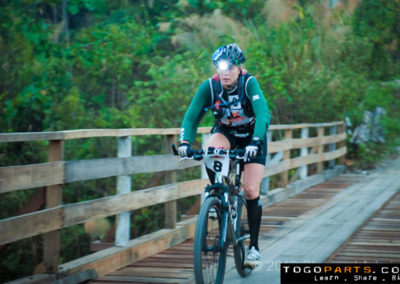 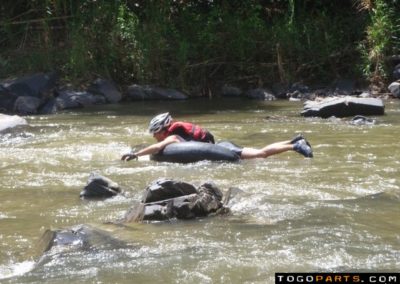 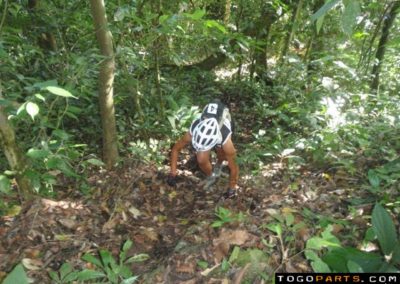 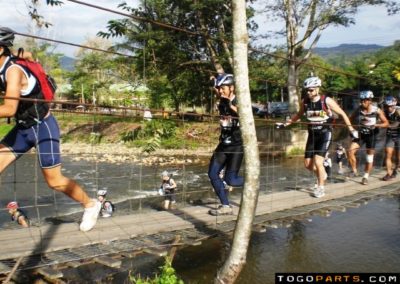 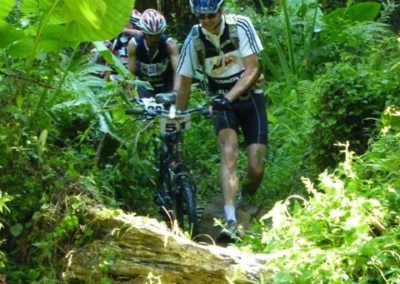 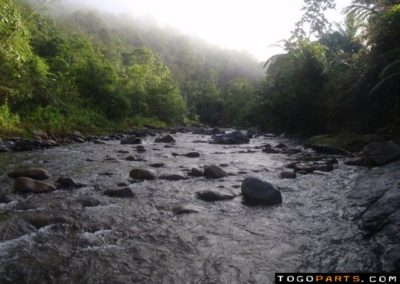 Some thoughts on the Tour thus far, Part II 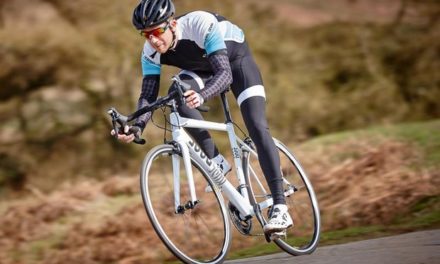 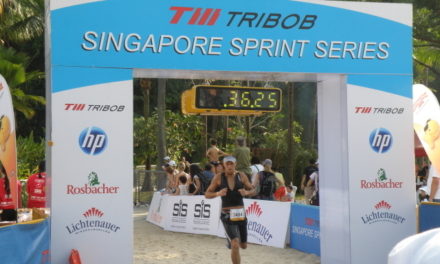