The importance of reviewing bike shops

We’ve recently implemented the new bike shop review feature. If you didn’t know, you should get out from the well you’ve been hiding in. I know it’s crucial to get away from the haze, but seriously, it’s a cool new feature and if you can’t ride, then you might as well fulfil your bike addiction online. Where else to do that other than here on Togoparts?

Reviewing products, services, shops, businesses and the like has been around for ages. If you haven’t seen it anywhere else, good job and welcome to Togoparts, your one-stop place for all things bicycles and digital entertainment. For the faithful, it’s now something else in addition to the product review you are already familiar with and hopefully use a lot.

What’s the big deal then, if it’s not new? Well the same something can be said of the product reviews as well, but is more salient when it comes to businesses. What is this something exactly? It’s called social proofing. It’s also called word of mouth (well word of words really) and reputation. Reputation doesn’t exist except in an intangible area of consumer minds, so it is really just a matter of social image. This image, is created in part by people telling other people about their experiences and opinions about the business, and has become increasingly done online.

Social proof is a psychological phenomenon that suggests people rely on the feedback and actions of others to determine what is good and bad. Its existence has long been recognised by people of ages past and has always been a key concern for our city’s leaders. I’m not going to enter politics in this discourse; I’ll just keep it relevant to bike shop businesses. Many know the power of social media, and if you’re eagle-eyed you would have spotted the same key word in this paragraph twice. A well-known fact of social media is that anything placed on it spreads like wildfire if significant enough. This propensity for something to spread (sometimes out of control) on social media lends evidence to people’s desire for sharing one another’s experiences and opinions. If you want to make waves, impress or disgust someone and it’ll likely spread over the internet faster than your paper flyers ever would.

It’s no surprise then, that up to 88% of respondents in a survey done by BrightLocal.com say they trust online reviews as much as personal recommendations. The same percentage of respondents also read reviews to determine the quality of a local business and 85% read up to 10 reviews. Of these survey participants, 72% say that positive reviews lend a local business more credibility.

These numbers are nothing more than a reminder of what we know. As I mentioned earlier, word of mouth goes faster than a wind-cheating Cervelo these days, and reputation is built upon this very concept. To the consumers out there reading this now slightly long article, your word means a lot more than you might think. So choose what you say carefully. You don’t know what a good comment might do for a business and likewise, what a careless remark might spark off. To bike shop owners, there’s so much more leverage that you have here on Togoparts now with this new feature. If you’re wise about it, it can make more positive waves for your business.

So it’s important that everyone knows how to operate this new feature. If you don’t, check out our guide here. If you do, start showing your support for the bike shops. If you’re a bike shop boss, make sure you’re getting good reviews, otherwise something is lacking somewhere. It’s a two way street, and ultimately, we all just want a better cycling community here. 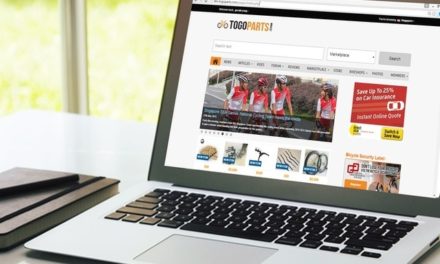 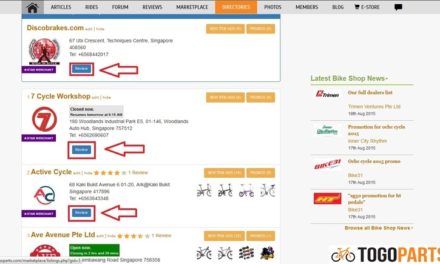 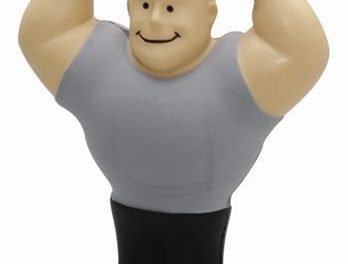